We have been learning about pseudoscience in reading. We have learned various things that we thought were real (they were using pseudoscience) such as carrots don’t actually help you see in the dark. 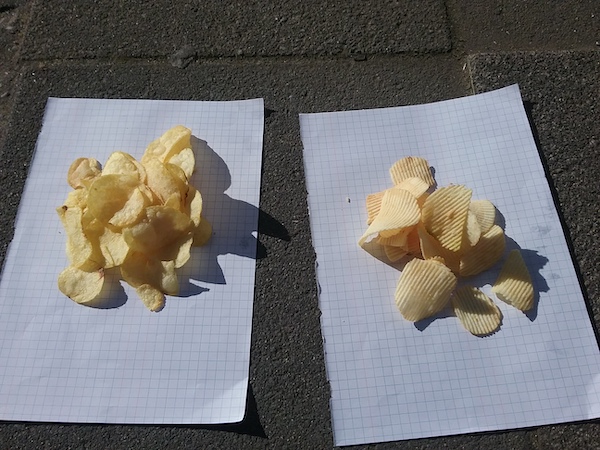 Next, we put a sheet of baking paper over the non crushed chips. 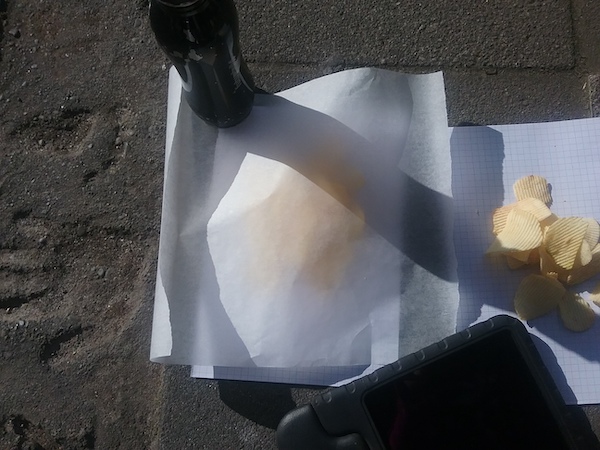 At this stage it was really hard not to sneak some chips as it was nearly morning tea time and we were really hungry, but luckily we managed to hold on till morning tea (phew!).

Next was to crush the chips using a rolling pin, but we didn’t have a rolling pin. So we improvised and used metal water bottles instead. We were really happy with this step because after this step we could eat the chips. 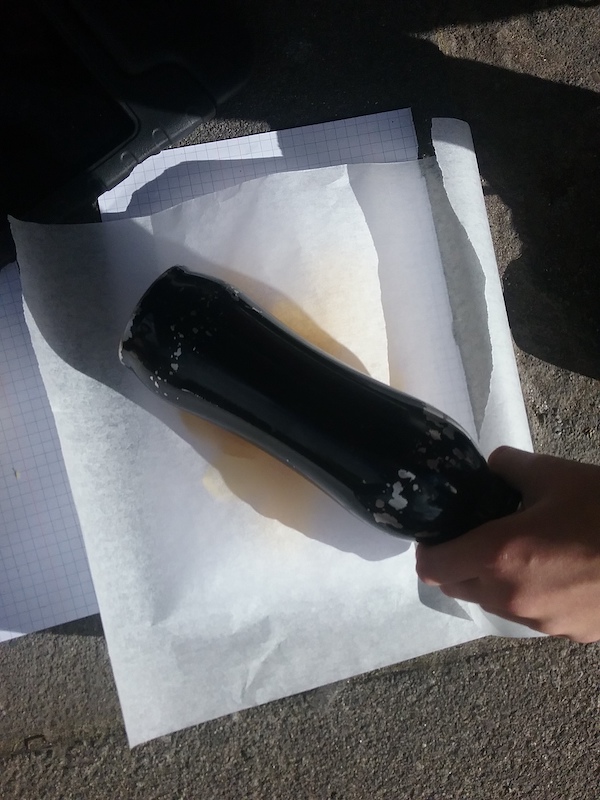 We realised that there was one more step before we could eat them. We had to leave them sit for 30 seconds before they go into a container. After this, we had to scrape the chips away into the container carefully, so the paper wouldn’t break. 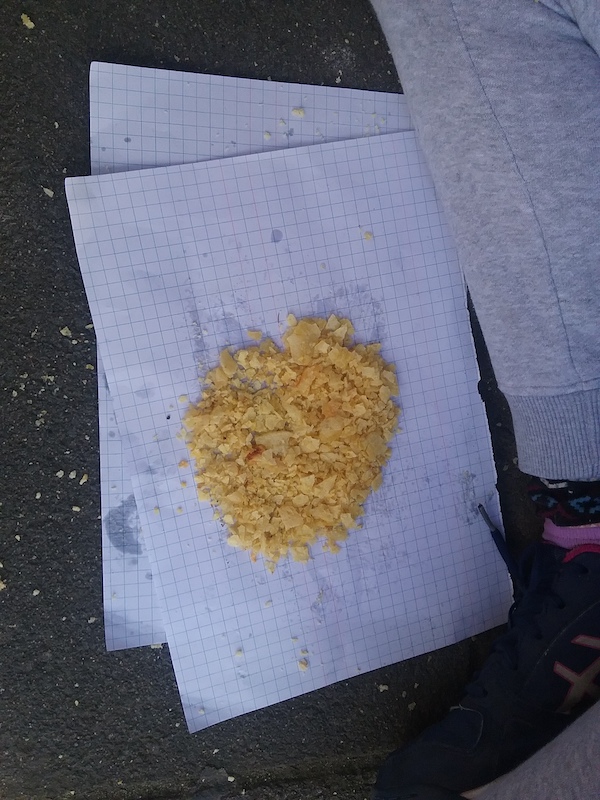 The chips left a grease mark on the graph paper. 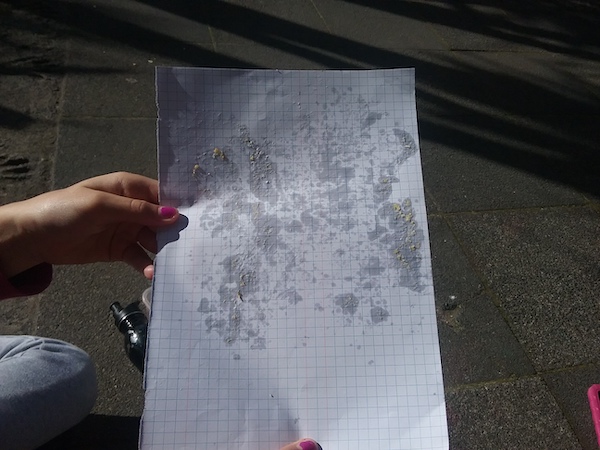 We used the window to trace the outside of the grease mark so it would be easier to compare the to grease marks. 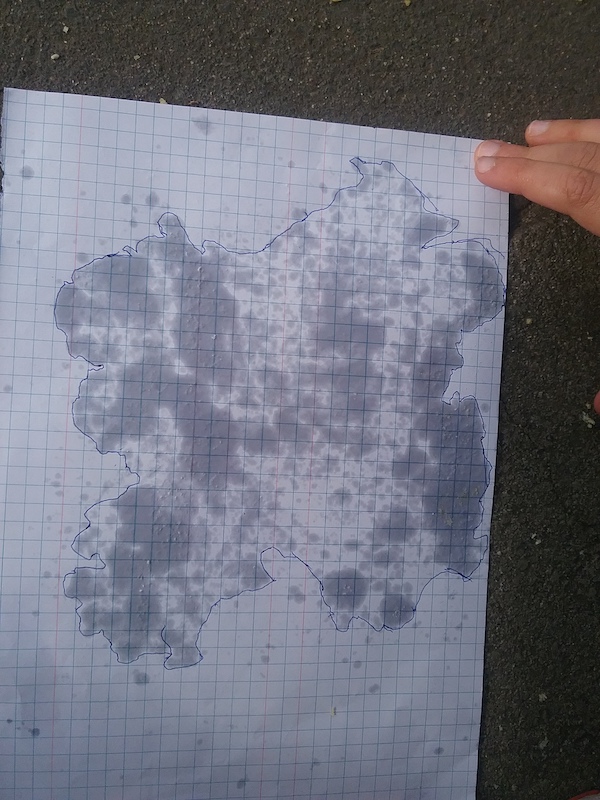 In conclusion, the evidence we have found says that Bluebird chips are in fact not using pseudoscience and this means they are not lying. So the hypothesis was true. Low fat chips have less fat than normal chips. 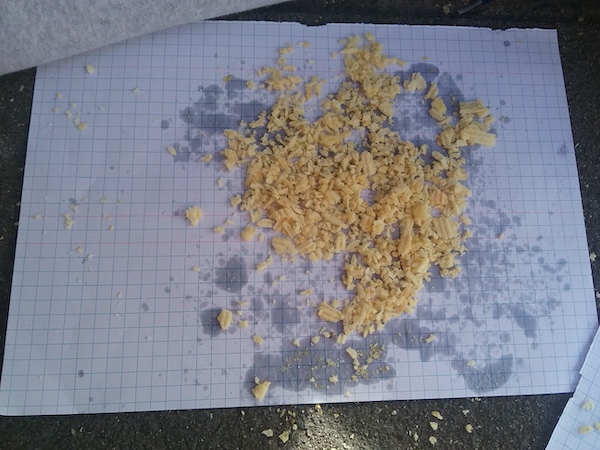