We sifted through a container of Lake Taupo sand - that Mrs Thompson had scooped up from by the yacht club - and found a huge amount of plastic pieces. We were shocked at how much litter we saw around our school and village, but the thing that shocked us the most was that other people did not even seem to notice it. 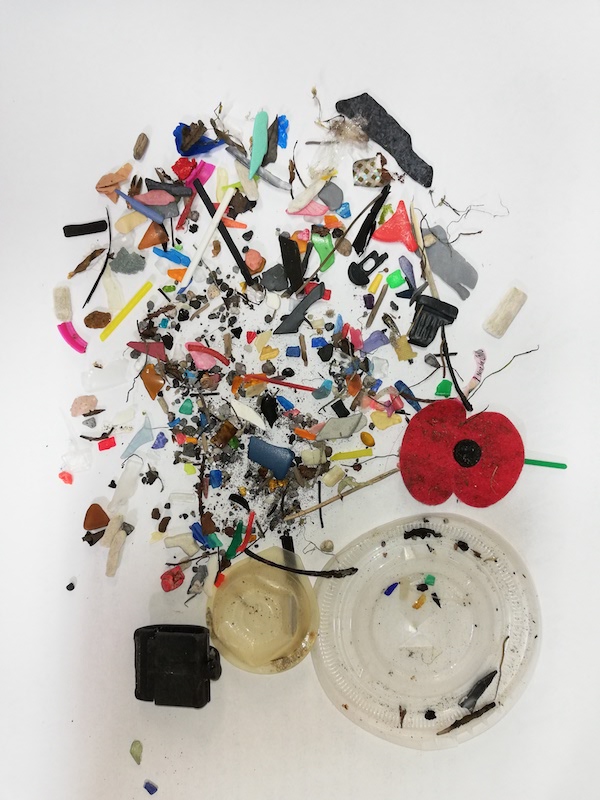 Plastic we found in one container of Lake Taupo sand

We decided we needed to do something about it. We asked Mrs Thompson if we could try to spread the message about plastic, where it ends up, and how dangerous it is for our animals and environment. Mrs Thompson got us to brainstorm ways that we could spread these messages. We came up with lots of ideas; posters, videos, events, selling honey wrap, making a play, taking photos etc.  Most of all we wanted to shock people and show them where their plastic ends up. Our goal was to make people change their attitude towards plastic!

We split into five groups. One group decided to write and perform a play that would teach people not to litter. The second group decided to make posters for around school, in town and on our recycling bins. They wanted to show people where our rubbish ends up if we litter and promote recycling at school.  The third group decided to collect rubbish, do a rubbish audit and shock people by showing them what was being littered around us. They had plans for a huge rubbish sculpture to show how much litter was found at school. The fourth group wanted to improve our lunch boxes by encouraging nude-food and selling honey wrap. The fifth group chose to make a video showing what plastic does when it gets into our waterways.

All of the groups worked really hard on their projects over the next few weeks. They consulted people like Diana Fitzsimons who runs our enviro-group, Anaru our caretaker, Mrs Farquhar our principal, and Carol Lamb from Tidy Taupo.

There were some hiccups along the way and each group had times that they had to work together to solve problems. Our class was a buzz of excitement with so many different projects happening.

The honey wrap girls made fliers and promoted their initiatives at the mini-conference, in the newsletter, at the assembly, and in each classroom. They had some issues with their honey wrap production that took some trial and error to sort out, but they got there in the end. They ended up making and selling a lot of honey wrap. The nude food picnic that they organised and promoted was a huge success, with over 75 students participating. We can see the changes that it has made to lunchboxes in the school. 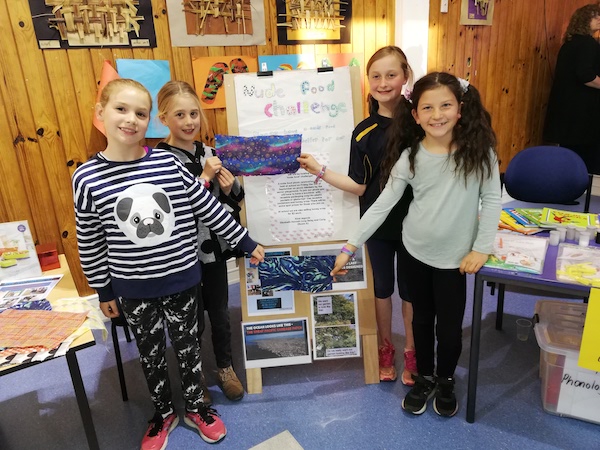 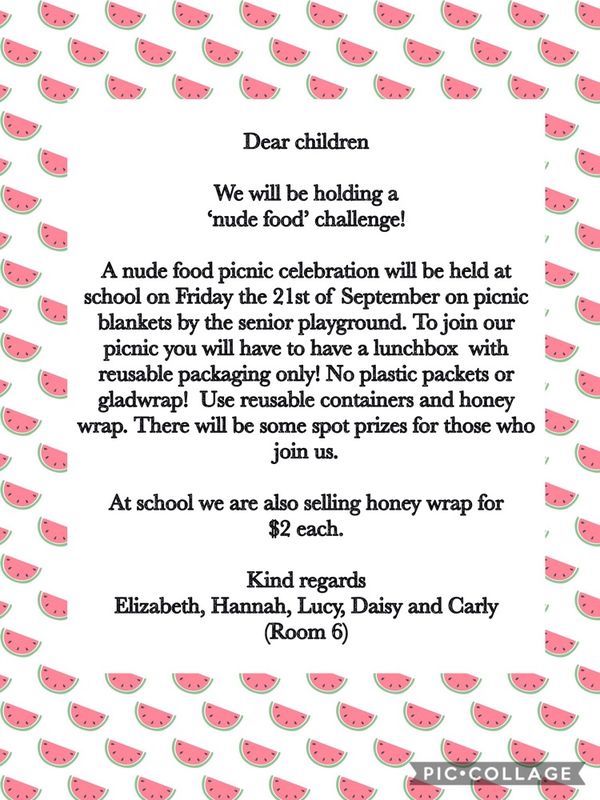 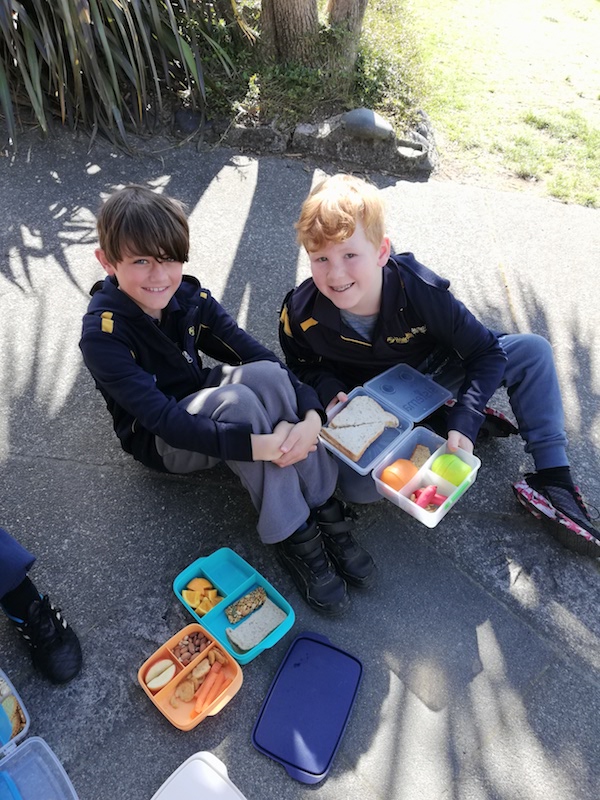 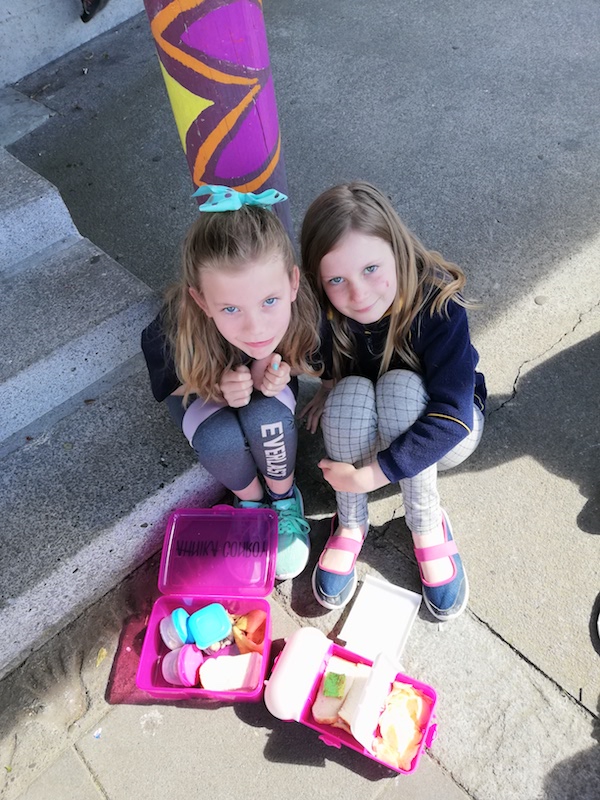 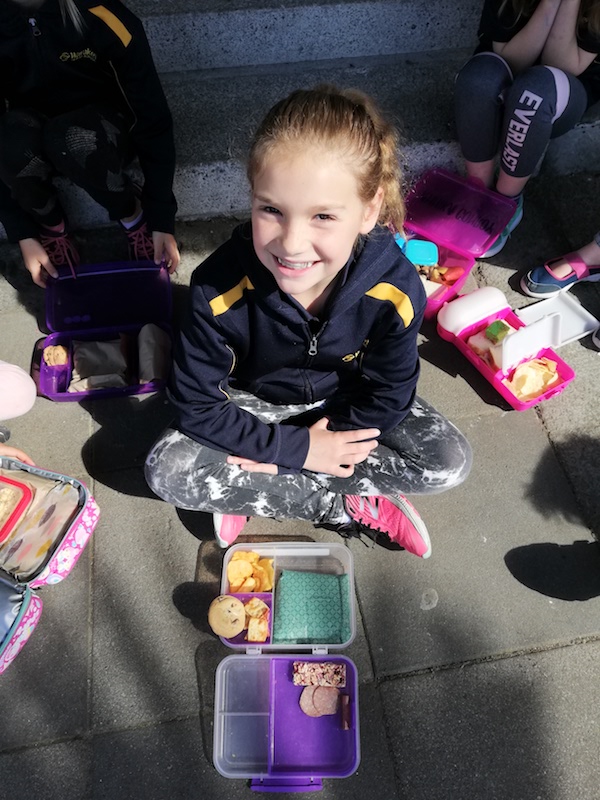 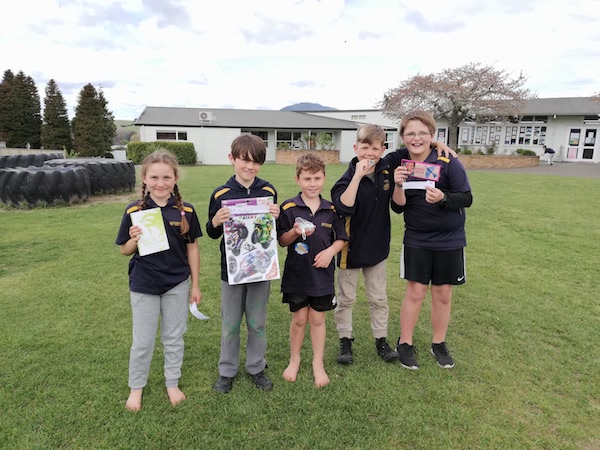 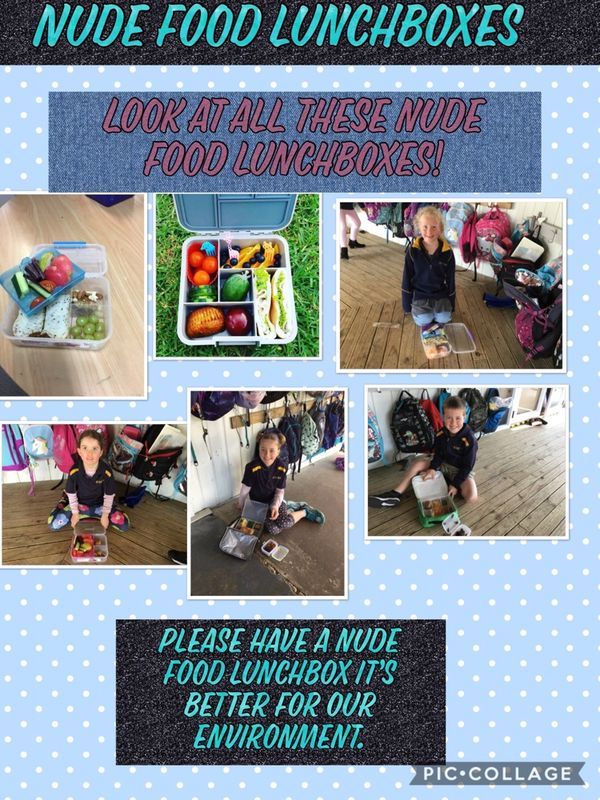 The poster group had to design their posters, thinking about font, text, choice of pictures and layout.  They then had to find places to put their posters up and then promote them. They took them around classrooms, put them up in town and around the school.  They also consulted Anaru and Diana about the recycling bins and what should go on the poster for them. 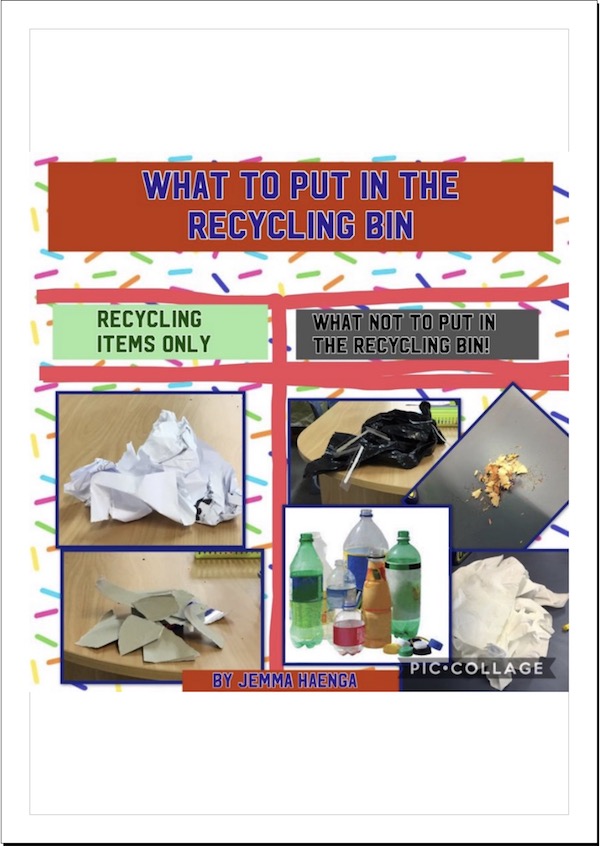 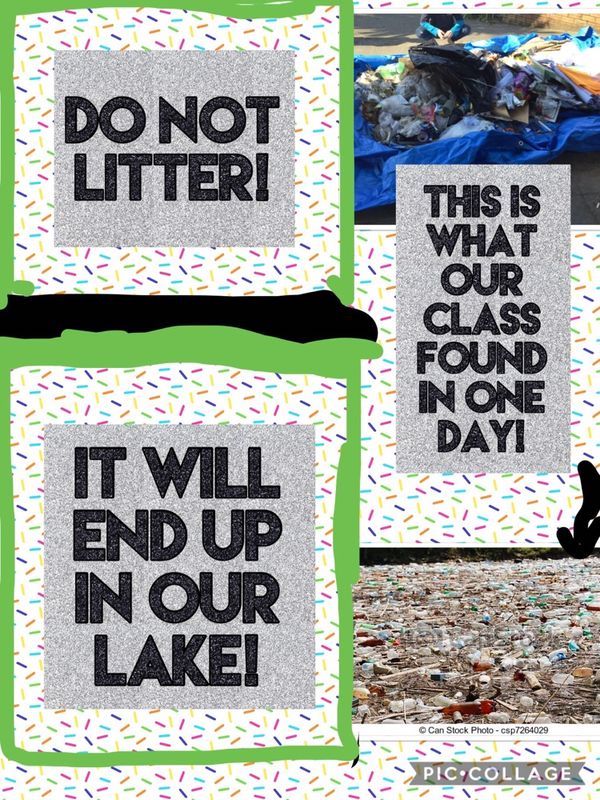 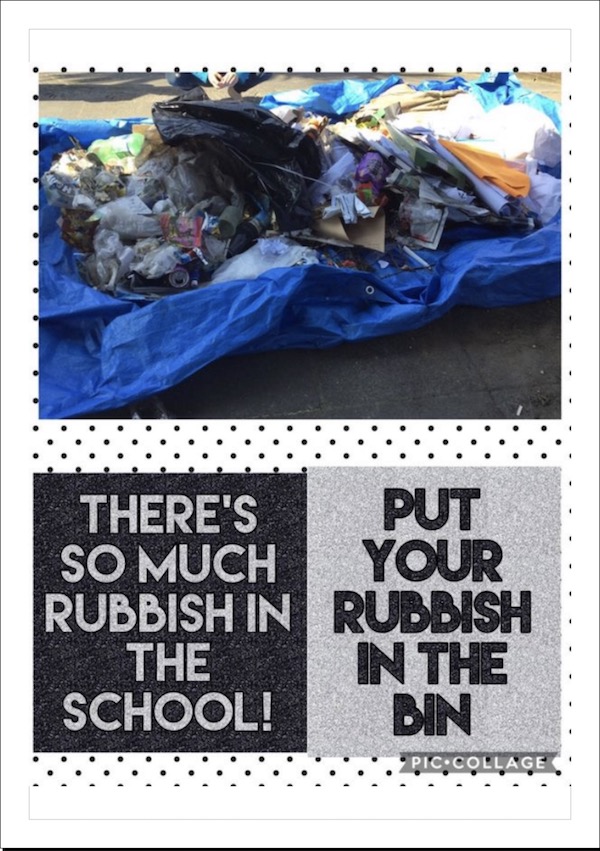 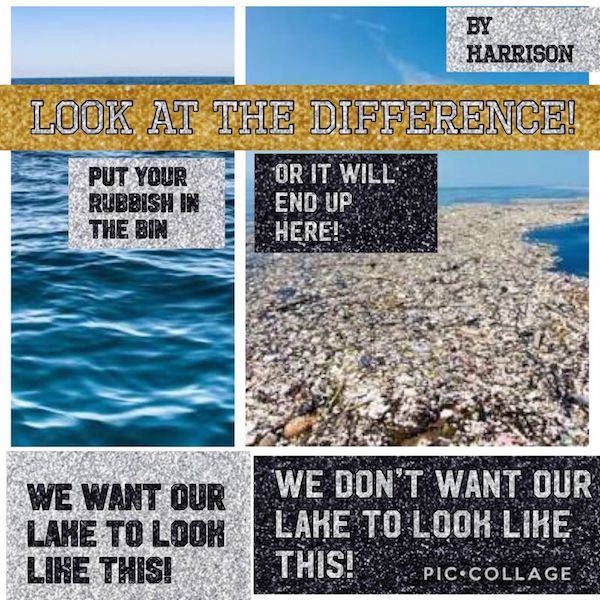 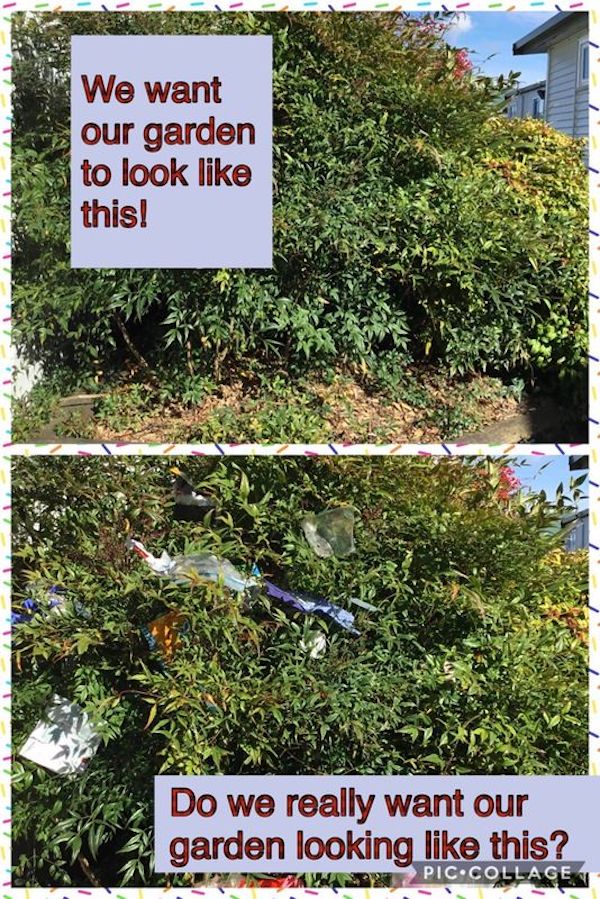 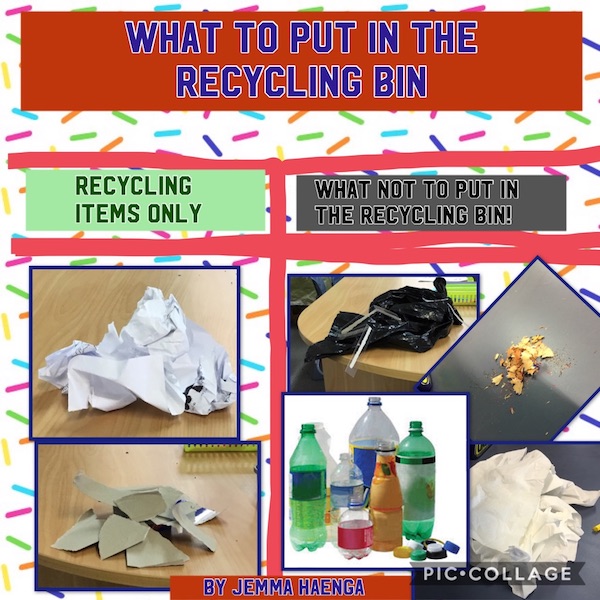 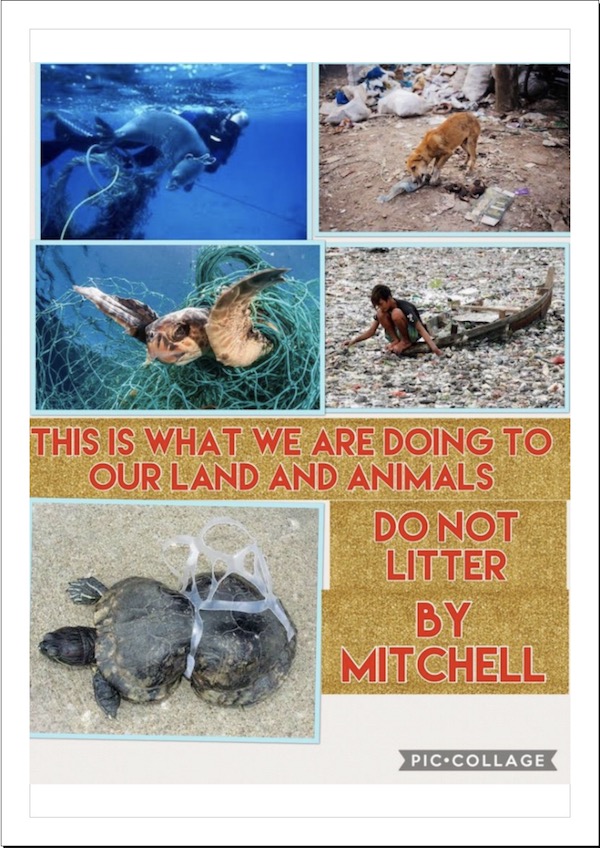 The rubbish audit group had issues with their rubbish going missing.  The cleaners kept throwing their collection out! Their plans for making a sculpture with all the rubbish that they collected had to change.  They still photographed, recorded and graphed all the rubbish that they found. They led the rest of our class on a huge clean up of the school, Playcentre and surrounding areas.  The huge amount of rubbish collected was shocking! It was also this group that emailed Carol lamb and organised getting hi vis vests, grippers and buckets from Tidy Taupo, that are now used daily at school to pick up litter. 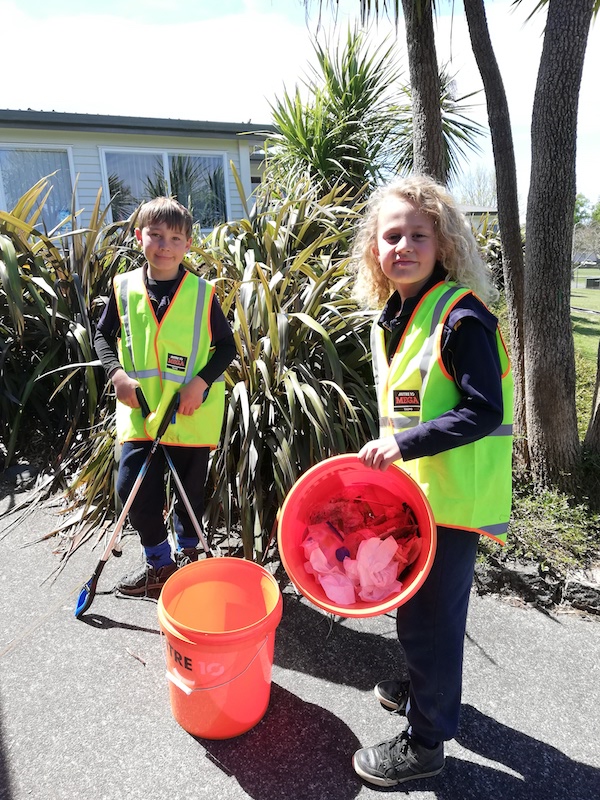 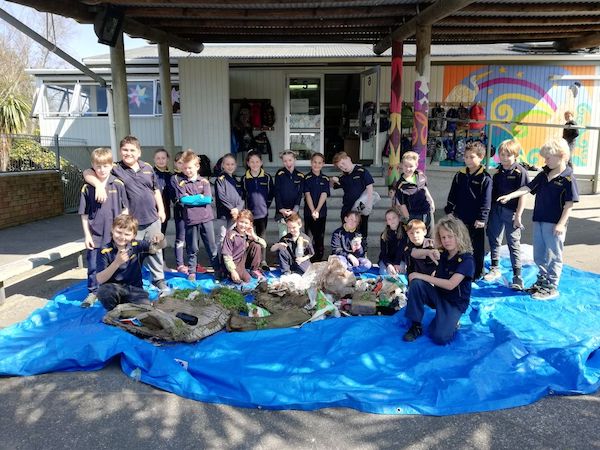 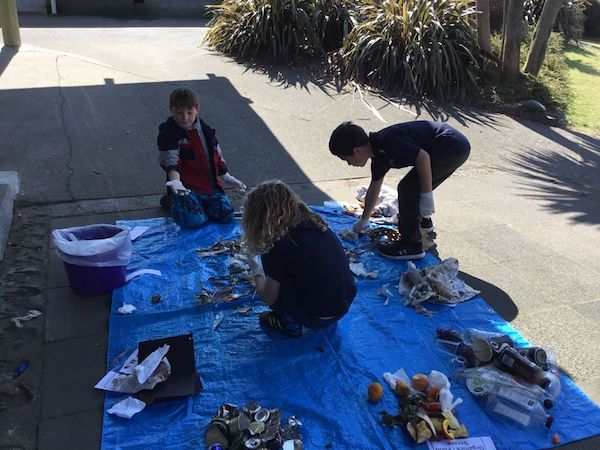 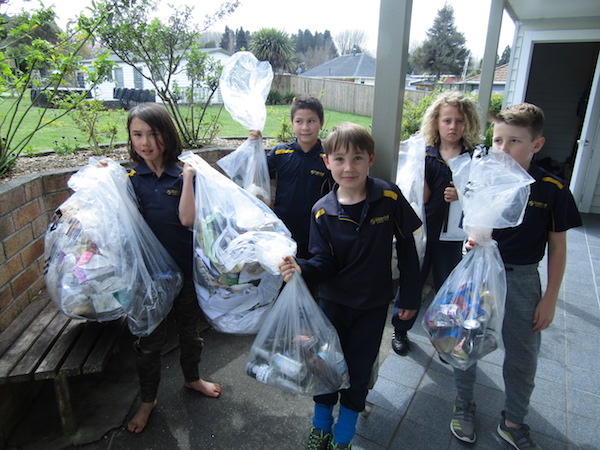 Litter sorted for the audit

The movie group worked hard to choose images that would shock people.  They then put them together with text and music to create a powerful movie.

The playgroup worked hard to perfect their production. There was a script to write and costumes to make for the play. Then there was a lot of rehearsing to learn their lines off by heart before the performance.

All of the groups presented their work at our celebration of learning at the end of the term. They were proud to get up and speak about what they had learnt and what they had achieved. It was fantastic to see their passion and hear their message. 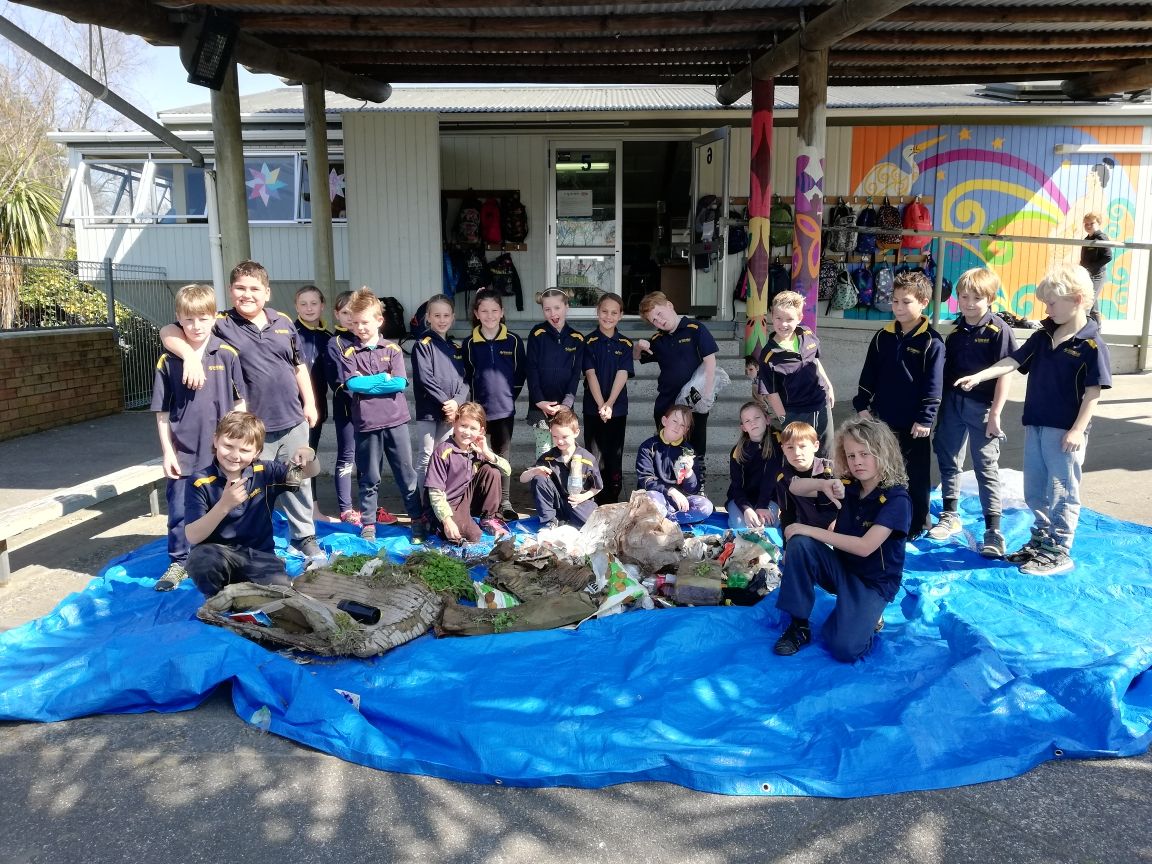