The science behind catapults and paddle boats is “Elastic force”. As you stretch or compress an elastic material like a bungee cord, it resists the change in shape. It exerts a counter force in the opposite direction. This force is “elastic force”. The farther the material is stretched or compressed, the greater the elastic force becomes. A force is a push or a pull. When the wind pushes a sailboat through the water, it is exerting a force. When gravity pulls an apple toward the ground, that is a force as well. Forces can make things move, change their speed, or change their shape.

“History of catapults” - catapults were designed as a mechanism for forcefully propelling stones, spears, or other projectiles, in use mainly as military weapons since ancient times. The ancient Greeks and Romans used a heavy crossbow-like weapon known as a ballista to shoot arrows and darts as well as stones at enemy soldiers. Unfortunately for catapults they were soon replaced with small mortars. Now catapults are used in target practice to shoot clay pigeons in the air, to launch food at siblings, and the most common use to launch planes into the air.

This is what you will need to make your own catapult.

1. You will want to use a pair of scissors to make two v notches on either side of two jumbo craft or Popsicle sticks (in the same place on both sticks). Put the notches 5 cm from top of each stick.

2. Take the remaining 8 craft sticks and stack them one on top of the other.

3. Wind a rubber band tightly around each end of the stack.

4. Go ahead and push one of the notched sticks through the stack under the top stick of the stack. At this point flip your partially made popsicle stick catapult over so that the stick you just pushed in is on the bottom of the stack.

5. Lay the second notched stick on top of the stack and secure the two popsicle sticks together with a rubber band. The V notches that you cut help to keep the rubber band in place.

6. Attach a bottle cap to the popsicle stick with hot glue.

7. Get ready to fire away! Test your firing power - pompoms, ping pong balls 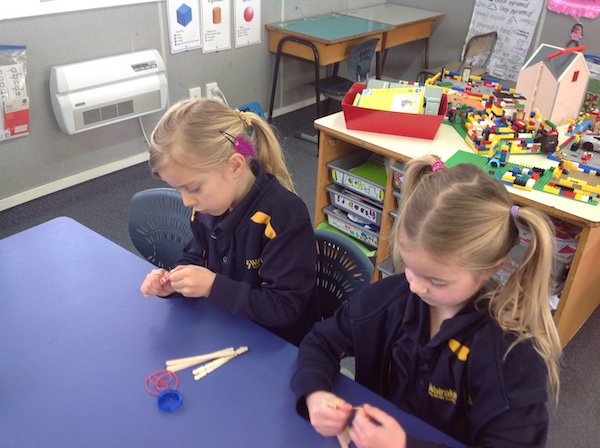 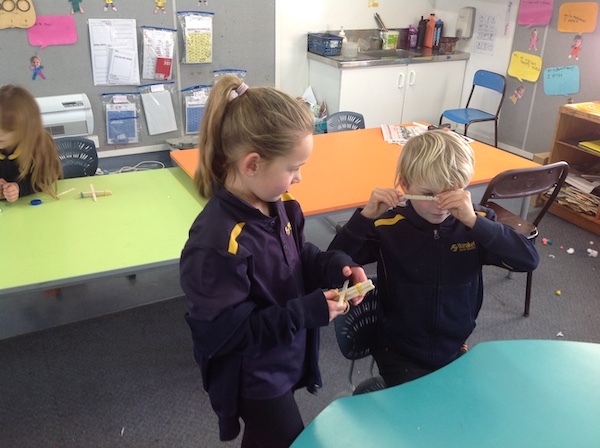 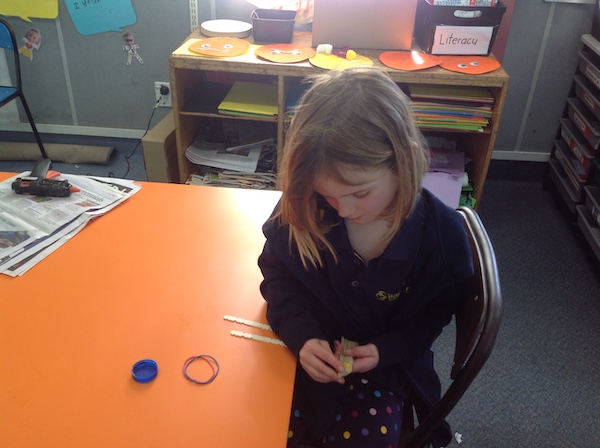 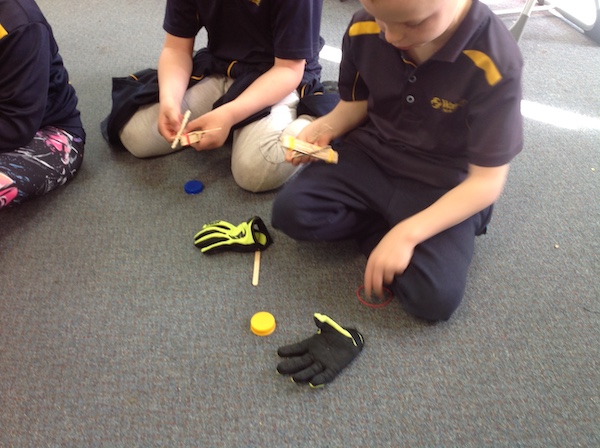 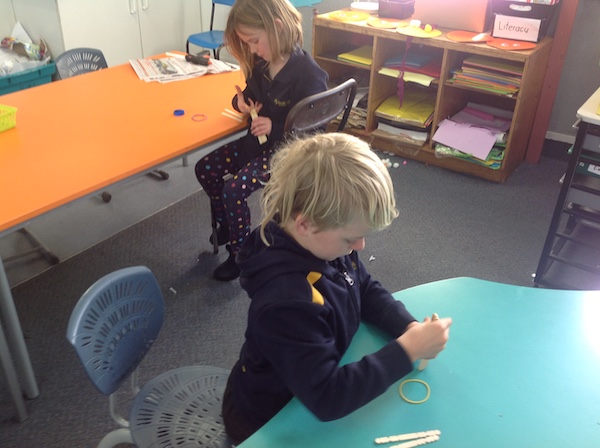 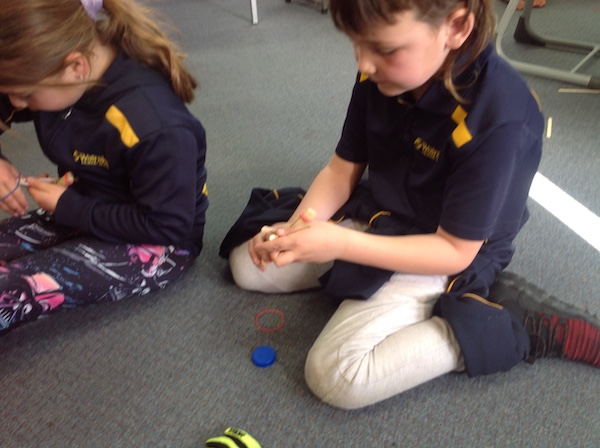 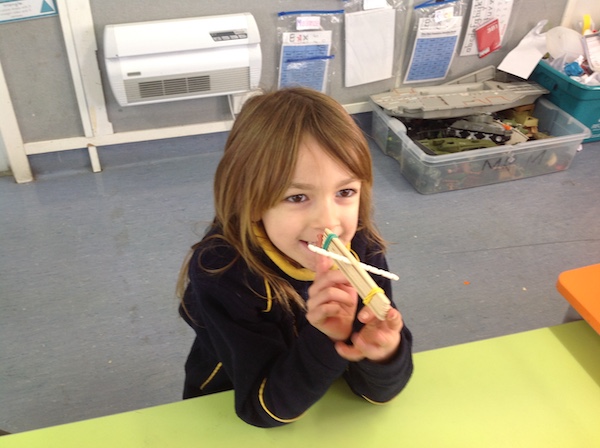 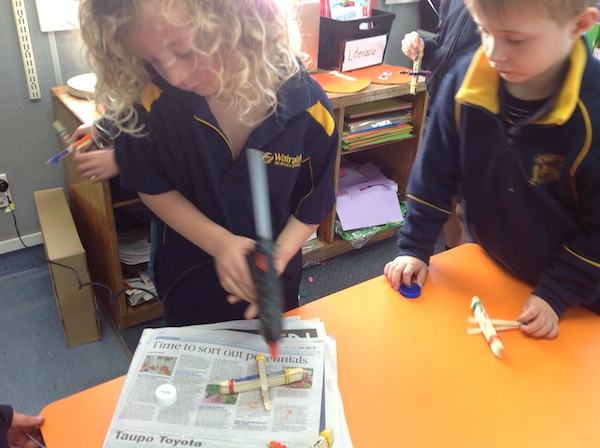 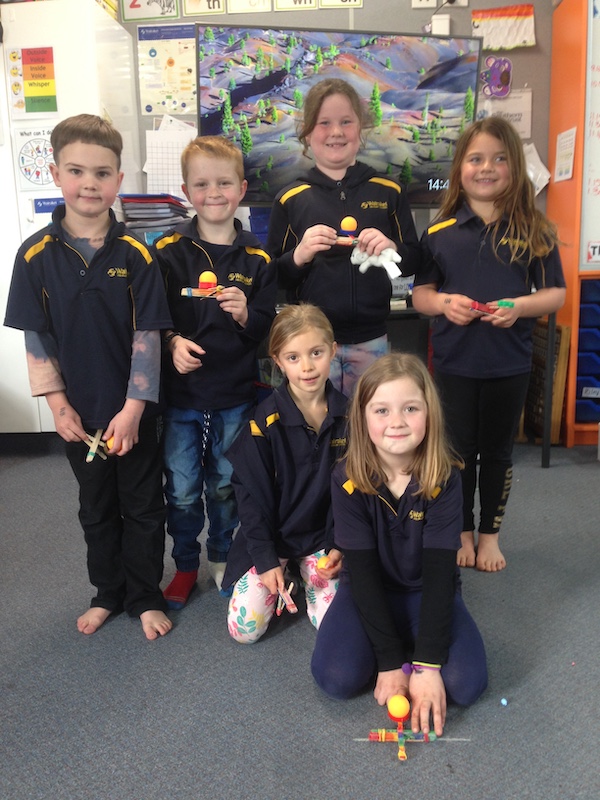 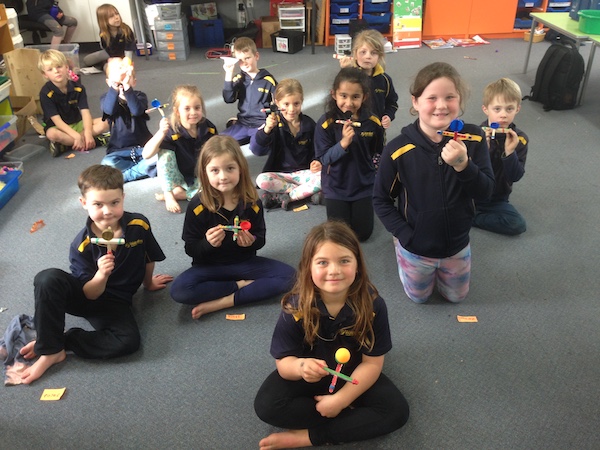 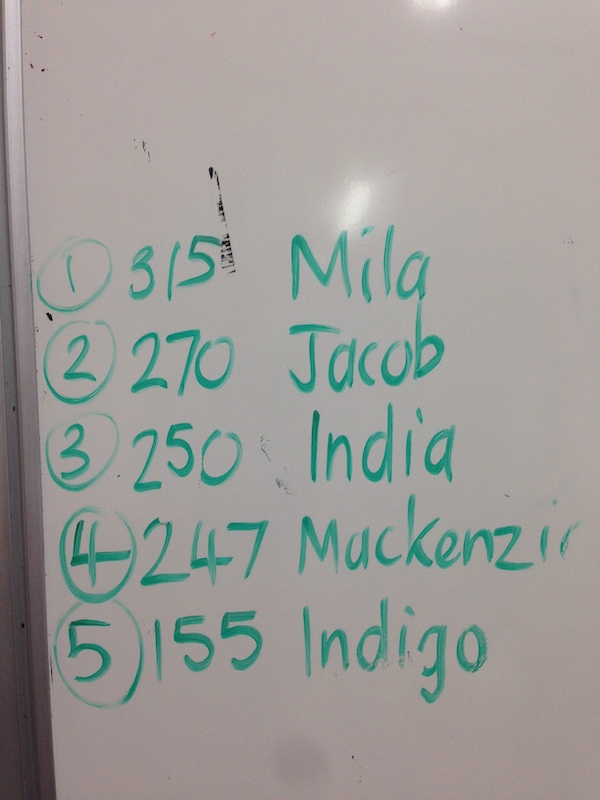 The students made predictions about which object will fly the farthest?  Why do you think one will fly farther than the other?

The students in Room 1 used their understanding of the concept of elastic force to design their own paddle boats. First, they had to sketch their design and label the different parts of the paddle boat. Next, they had to provide a list of materials and quantities they need to bring their paddle boat design to life. 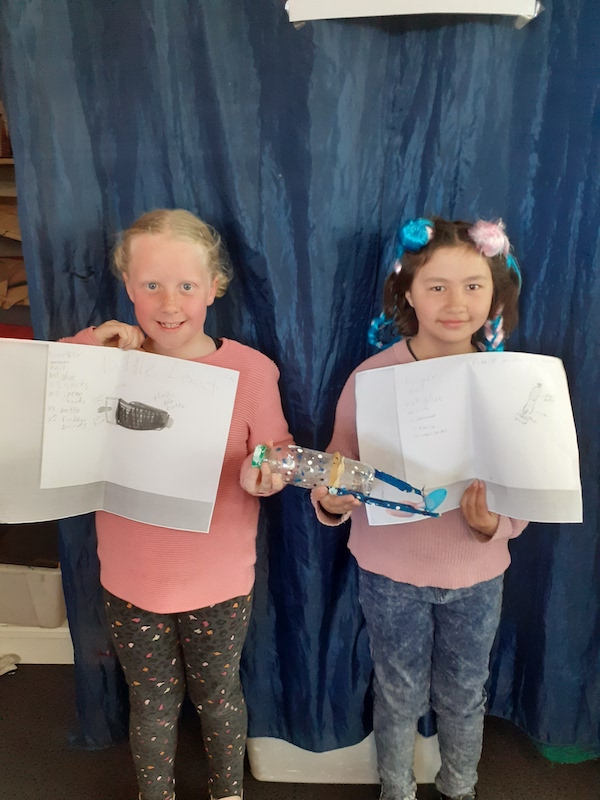 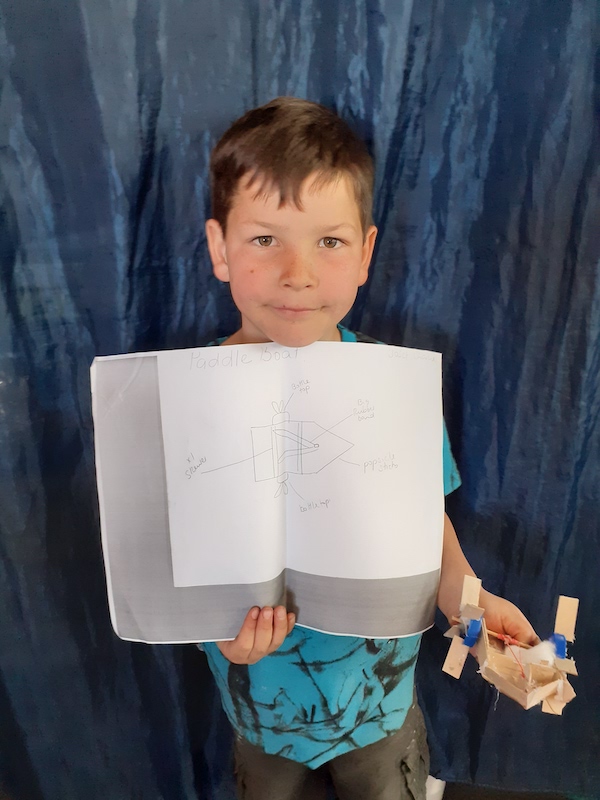 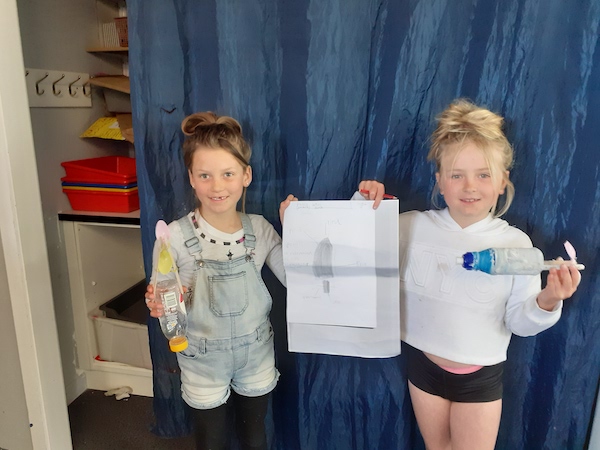 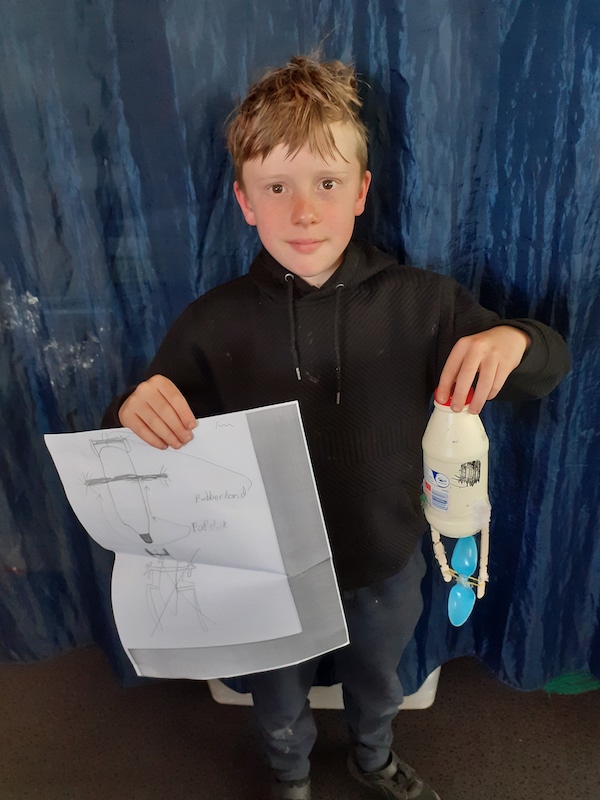 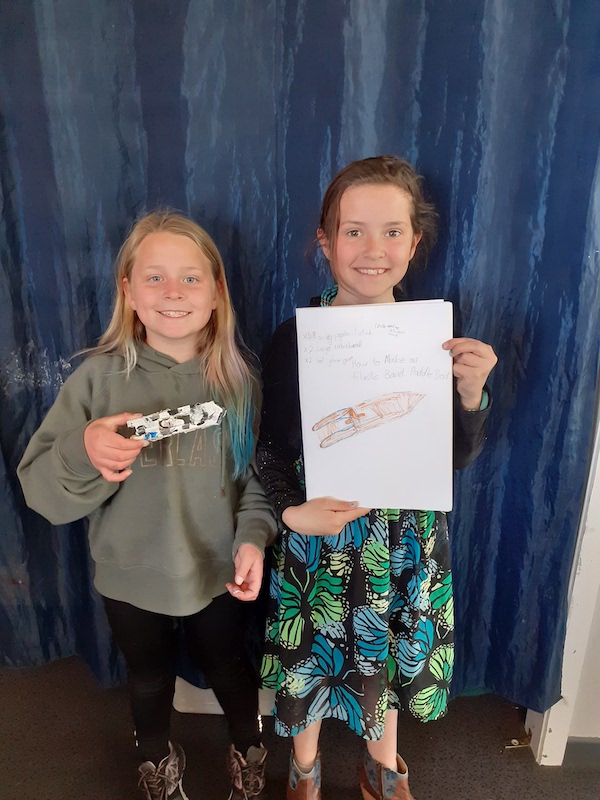 Our final step, once all the students had completed the design and construction process was to test our paddle boats on water. The students discovered that some of our designs worked well and others needed a few modifications to make them perform more efficiently. 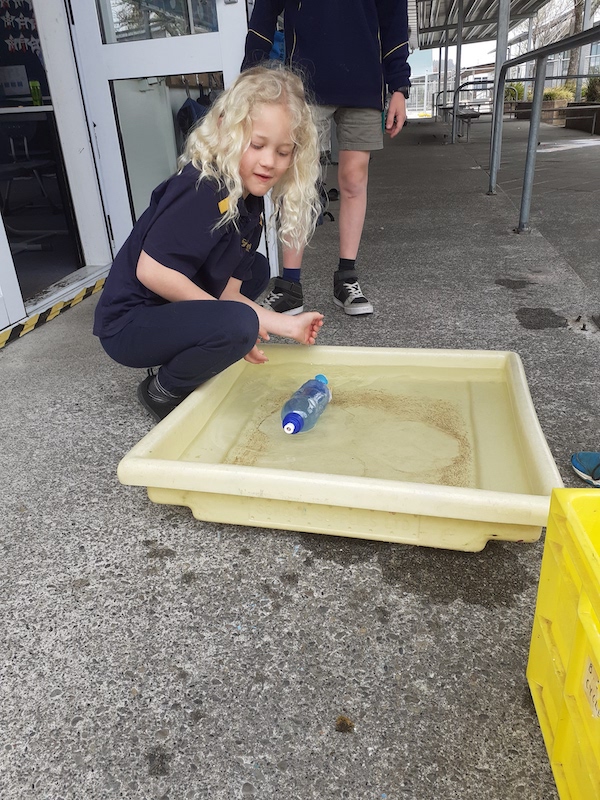 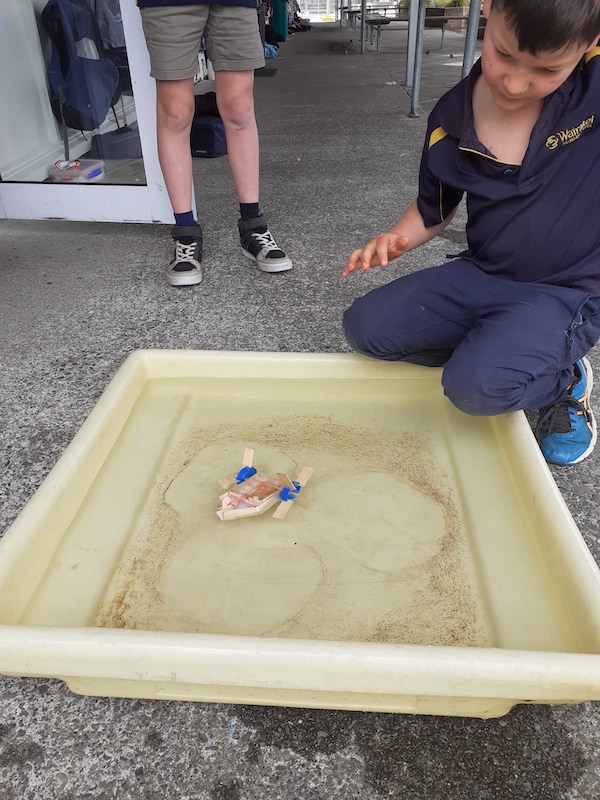 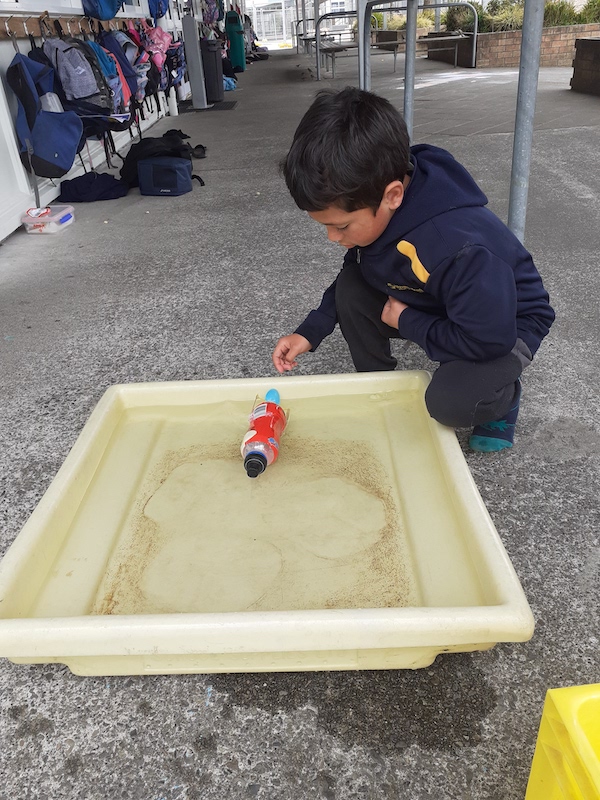 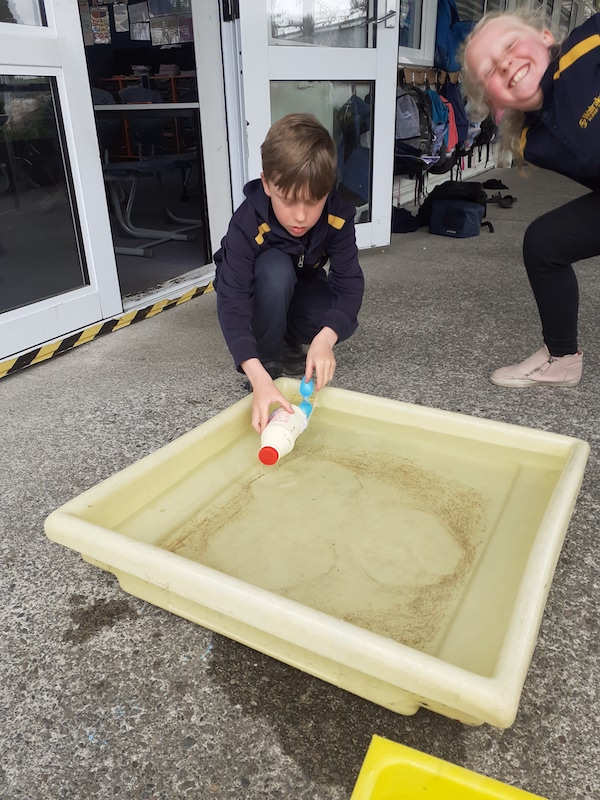 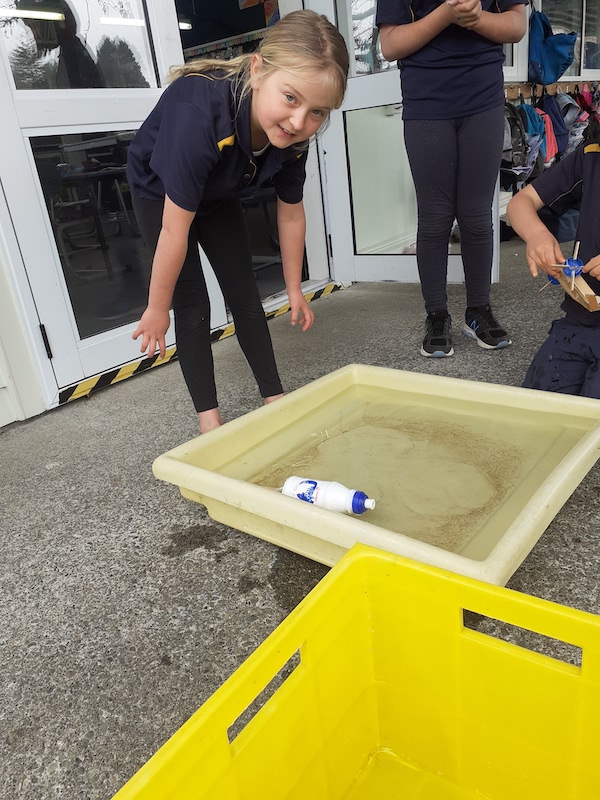 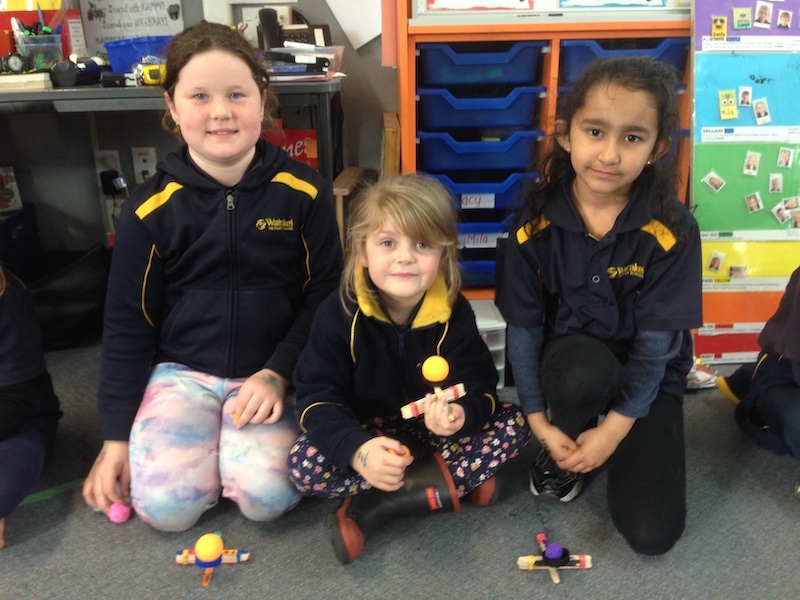