Room 14 has been learning about fractions. We learning to are to fair share whole objects and sets. We are learning to recognise and write fraction symbols.

Here is a picnic that Petros and Michael are going to share equally.

Can you tell us what each of them will have?

This activity can be considered an authentic rich task because the context of sharing food fairly is very real and relatable to children. The task is also easily accessible by a range of different learners and allows for an extension. We extended the task by sharing the feast with four children after we shared with two. A group of children also went on to share the feast with three children.

First of all, we check our understanding of the word fair.  We talked about what was fair and what was not fair. We decided that fair meant the same or equal. 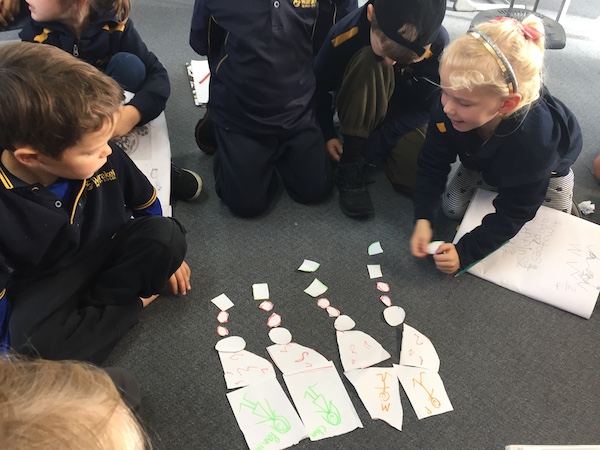 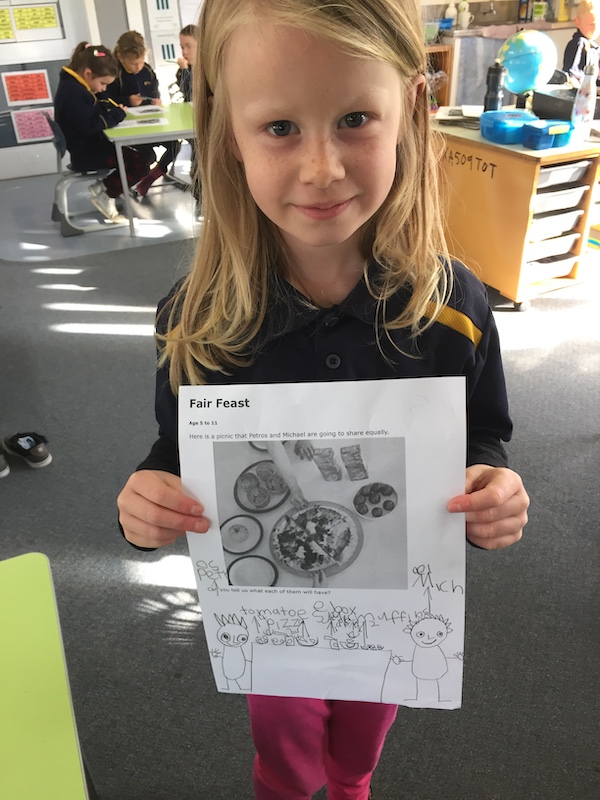 Annabelle and her fair sharing

This was the fair sharing between four

As a class group, we made models of the food on scrap paper and physically fair shared the food between Petros and Michael. This activity supported the understanding of some of our students who found drawing the feast too abstract for their thinking.

Next, we extended the task and added classmates Pania and Clara to the party so the feast had to be fair shared between four.

We noticed the connection between half and quarters - quarter is just halving a half. Again we used our models of the food to physically share out the food into four equal groups. Students supported each other to write the fraction symbols that show how we fair shared the pizza, apple and juice boxes.

Travis drawing who gets what 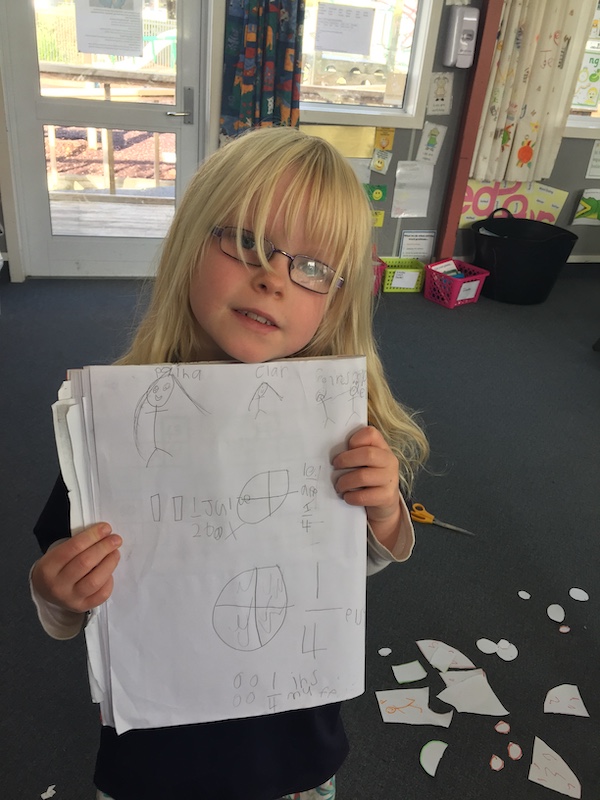 Here is Junos drawing which shows how she shared the food

An understanding of fraction symbols is shown here

During another maths session, a group of students went onto fair share the feast between three children. They released that while sharing the feast into three equal groups was trickier (we needed our scrap paper models) it could still be done.

When we share a pizza into four we call it quarters.  I know how to write the symbol it is1 DASH 4 (¼). Zahn

We can share a juice box by tipping the juice into cups.  If you tried to cut the juice box in half it would spill. Te Omeka

When we share between two people we share something in half.  Half means two groups that are the same. If the groups are not the same it is not fair. Jessie

There were four muffins so when we shared with four people they each got 1.  Kiara

Use a range of counting, grouping, and equal-sharing strategies with whole numbers and fractions.