Room 11 has learned to find halves, quarters, and other fractions of sets and shapes.

To do this we had to learn some key mathematical ideas including vocabulary, symbols, words, and what the numbers represent in a fraction symbol. We had to understand that fractional parts are equal shares or equal-sized portions of a whole object. If the parts are not equal then they are not a fraction. To do this we did several activities.

Making toast gave us plenty of thinking opportunities. First, we planned how we could cut the toast into equal-sized pieces before we were given a slice of toast to cut. We then checked if the pieces were even before we put the spreads on. 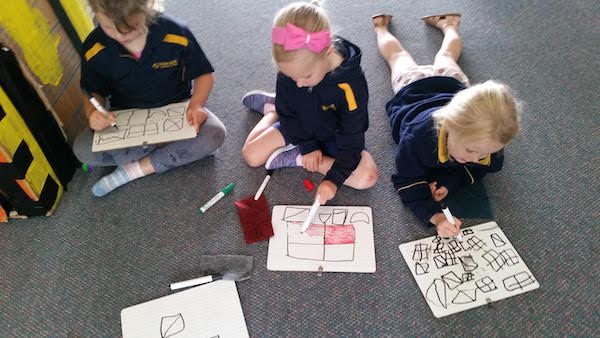 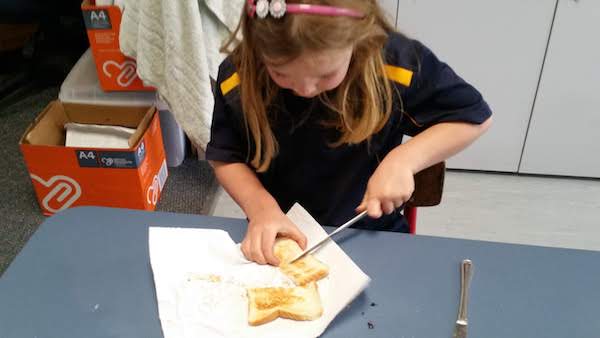 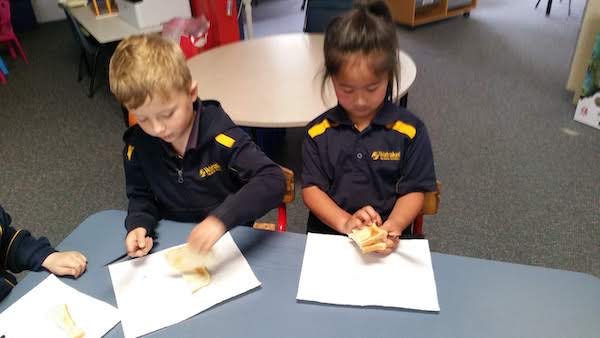 Louie tried to fold his toast in half. 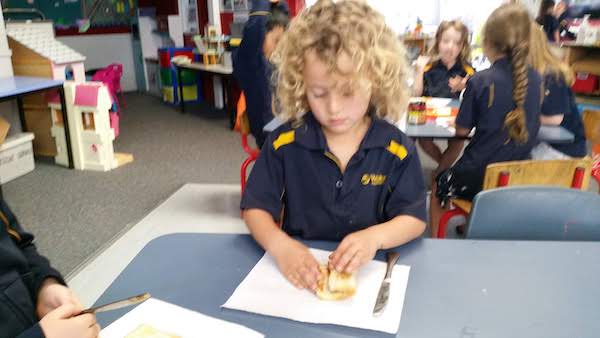 This is not a fair share. One piece is bigger than the other, said Louie. 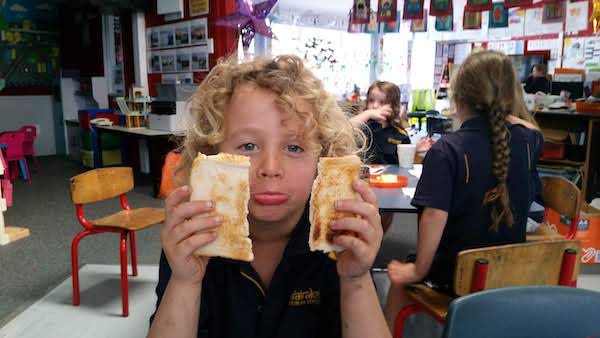 I have got jam on half of my toast and marmite on the other half, said Jack 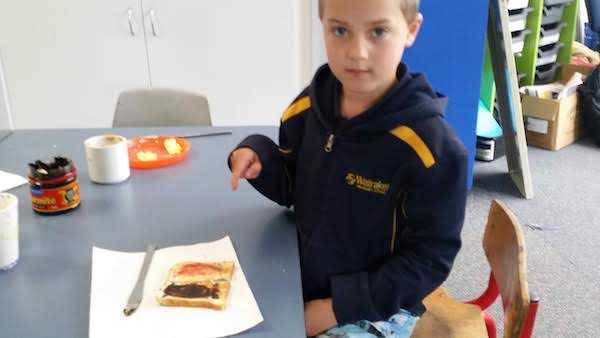 We were given a strip of paper to fold into four even pieces. We discovered that if you folded the paper in half and then half again this could be achieved. But, what if you were given the challenge of folding a strip of paper into three equal parts? This was a lot trickier. We discovered that this was achievable after Mrs Jackson showed us a special way of measuring and folding the paper. 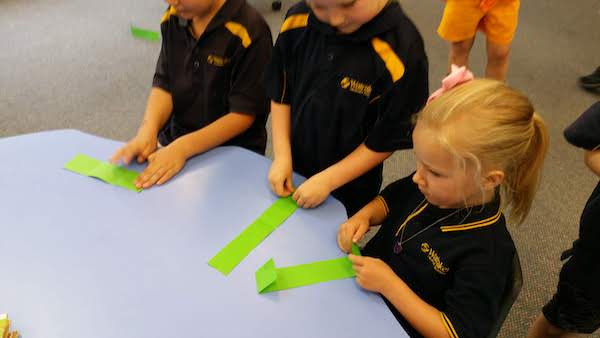 Pouring water to share equally between two, three, and four containers was our next challenge. Surprisingly, not much water was spilt in this activity. The levels of the water were scrutinised carefully to make sure one of the containers did not have more than the other. We discovered that the more containers the water was shared between the amount of water in each became less. 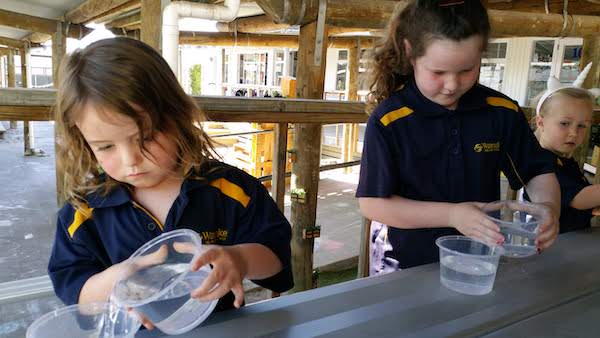 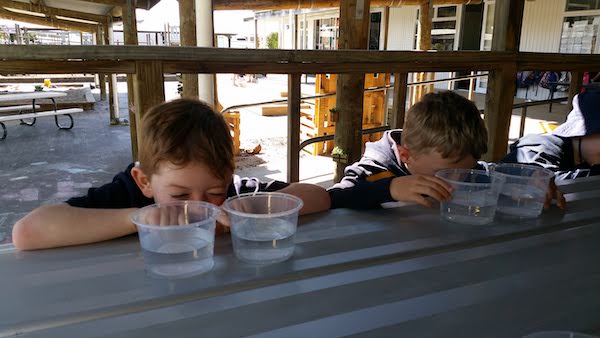 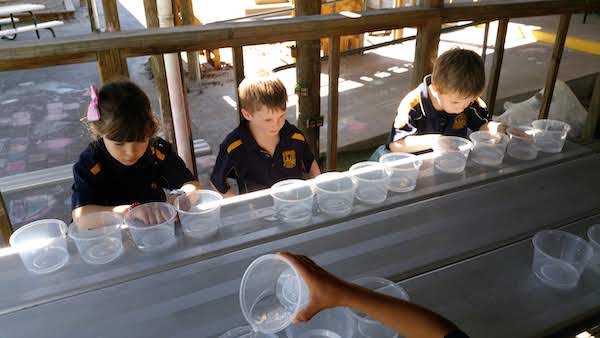 Making pizza was our favourite activity. We had to fair share the number of children in the class into five groups. Mrs Jackson had a pizza base for each group. Under our careful direction she cut the base into four equal pieces. We each got a quarter to put toppings on. Then we put our quarter back together with the rest of the groups before the pizza was cooked. 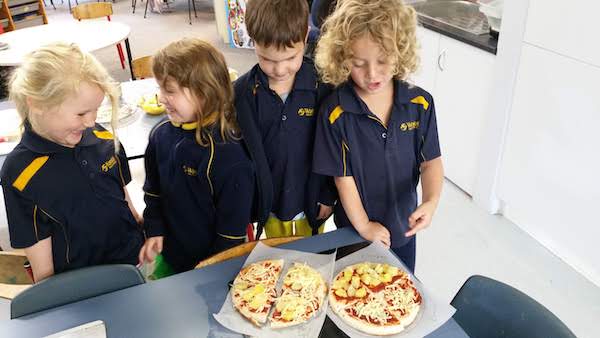 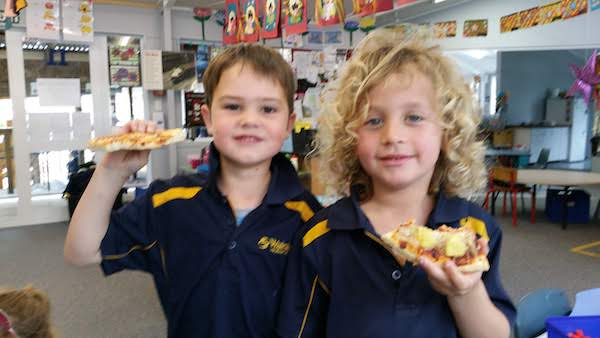 The Fair Share Scoot was fun. Sixteen different cards were placed around the room. We were given a recording sheet and our task was to find each card. We had to decide if the card showed a fair share, Yes/No, and write this on the recording sheet. We also enjoyed the games we played fair sharing blocks, playing matching memory games, and spin and cover the matching fraction. 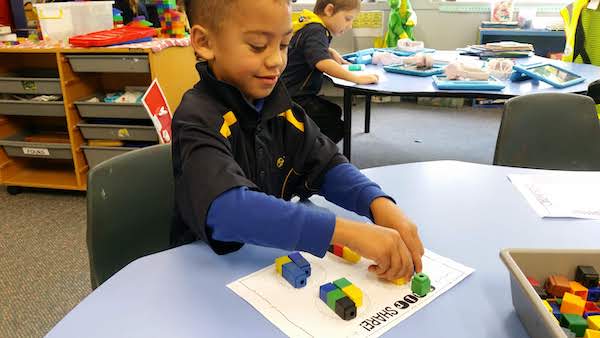 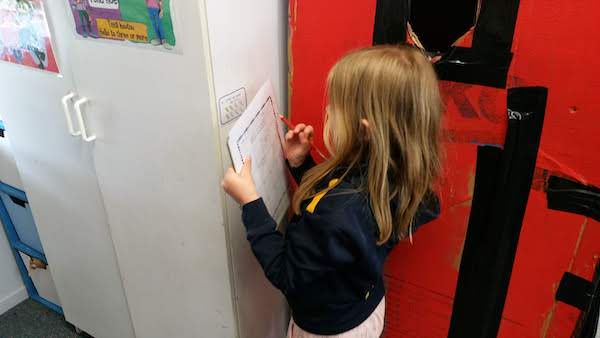 At the end of this unit, we had a better understanding of how to find halves, quarters, and other fractions of sets and shapes. Mrs Jackson showed us how to write the words and symbols for the different parts. We are developing an understanding about what the numbers represent in a fraction symbol and have fun saying numerator and denominator.