Geothermal Week hosted by Amplify was a great success with  students developing their knowledge about Geothermal Power Stations and how they relate to Wairakei Primary. Students used the Science, Technology, Engineering, Maths process (STEM) to discover, share and extend their knowledge of our local geothermal industry.

Students looked at examples of geothermal power stations. As a group they investigated, described what they looked like and thought about the link of the names to our own school Teams. There was an ‘aha’ moment for the students when they realised our school teams were named after some power stations. Some noticed that Aratiatia was the odd one out, being a hydropower station. Vocabulary specific to the Geothermal Industry developed as the week progressed. Students learned scientific words like,  heat exchanger, turbine, alternator, transformer, cooling tower, condenser and water extraction.

Thanks to Micah’s dad Adam  for visiting to tell the students about his job as a “generation planner” at Wairakei power station.

Students shared about family members past and present who work or worked at the power stations.

Mum’s a scientist and Dad’s a mechanic Max

Grandad Russell is an electrical engineer. He has been working there for 50 years Cameron.

My grandad helped build the power stations. May

A turbine spins around like a propeller on a plane (Max)

The alternator is what is used to generate power (Kian) 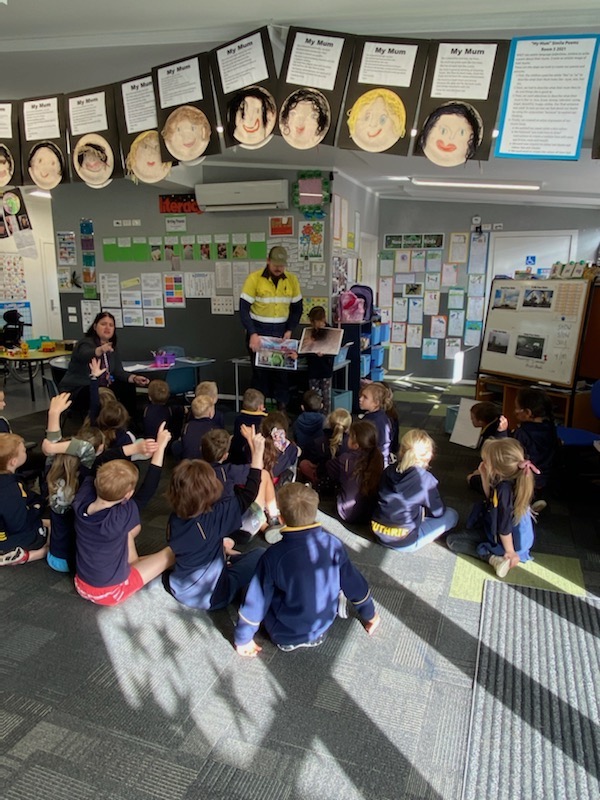 Room 5 students created a class geothermal power station. Each student worked in a small group to create one of the parts of the power station.

Finally as a class we explored the idea of how geothermal steam from beneath the ground can be used to create electricity. As a class we wrote an explanation on how the power station generates power. Students included information about how power is sent to the rest of New Zealand and how we use power in our homes. The students were given a letter of the alphabet and their challenge was to find something in the home that started with their letter that used electricity. Here are their answers. Great investigation skills Room 5.

I am very proud of the way the students used high level thinking skills to discover and extend their knowledge about the geothermal industry, and how the students worked collaboratively and creatively to construct our Geothermal Power Station model.

Some photos of other Geothermal Power Stations construction and learning from other classes in the school.

Room 16  learnt about Geothermal Power Stations. We learnt that hot water comes from the ground and goes through some pipes. This turns the turbine which gives us electricity to use the iPads, phones and washing machines in our homes. 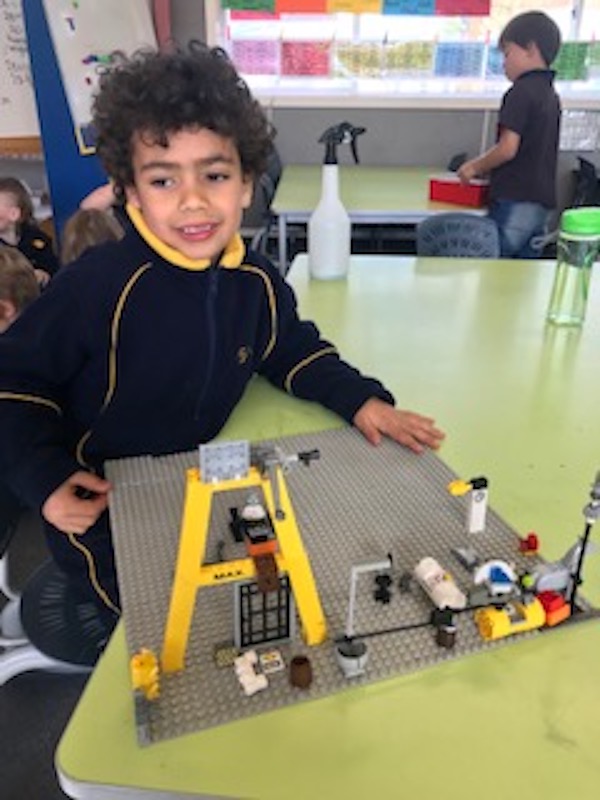