The students of Room 10 have been engaged in thinking mathematically recently by learning about fractions. They have used a range of equal-sharing strategies to communicate and explain their understanding of fractions using words, symbols and pictures.

The first activity they undertook was to fold paper into halves and quarters so that they would understand the decreasing size as they fold the paper and that there are more pieces as they fold. This activity help to develop their understanding about fractions. 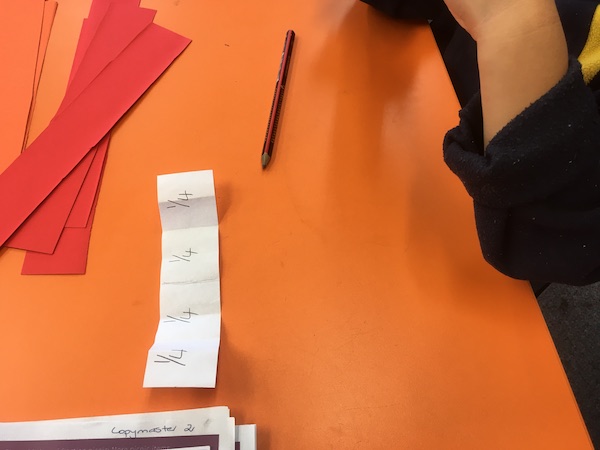 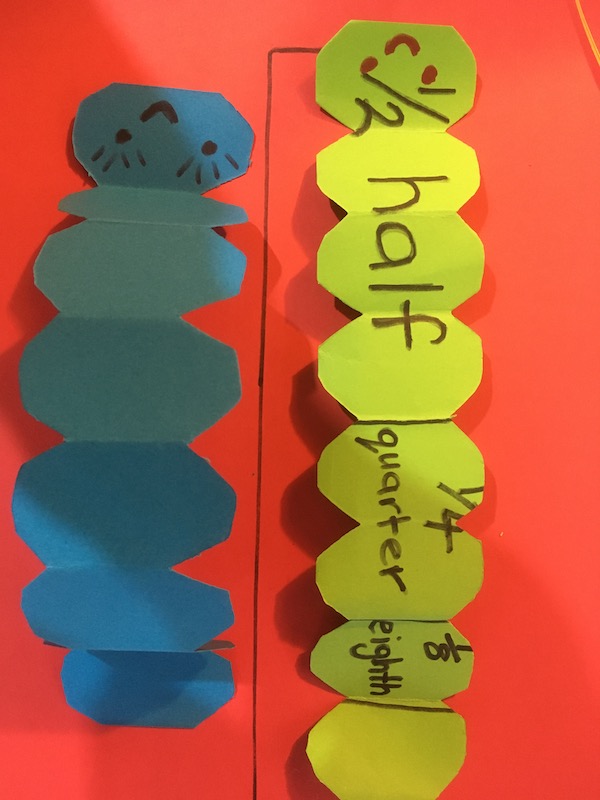 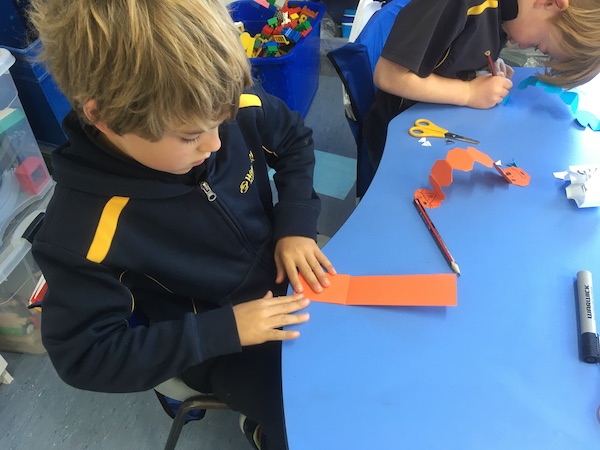 The students then made origami worms out of their folded paper, put faces on them and placed them down one end of the table. They tested their origami worms to see how far they could blow them. Using the language of fractions they were able to tell me whether they blew their worms a quarter of the way, half the way or the whole way up the table. This allowed the students to use new maths vocabulary and see the symbols for these fractions with the words. 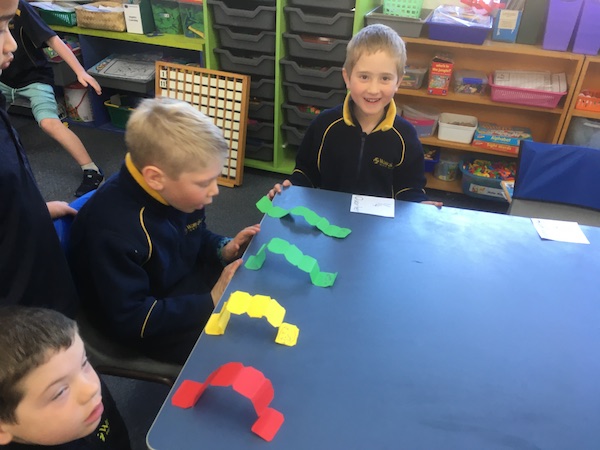 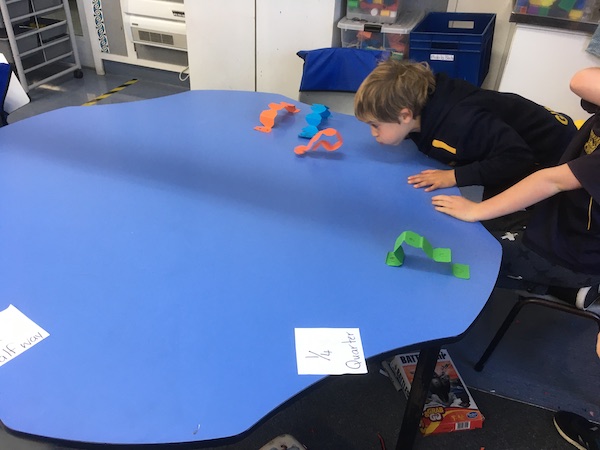 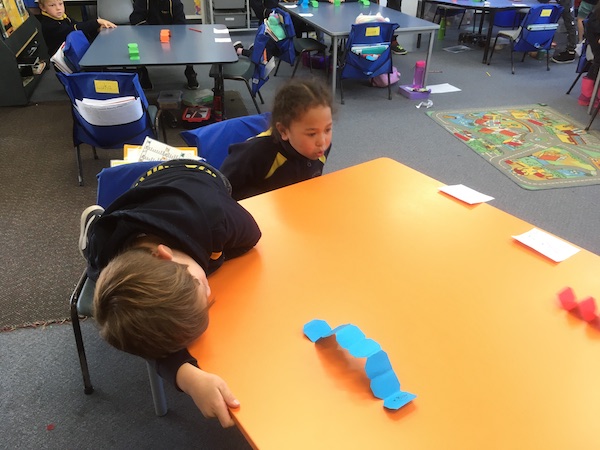 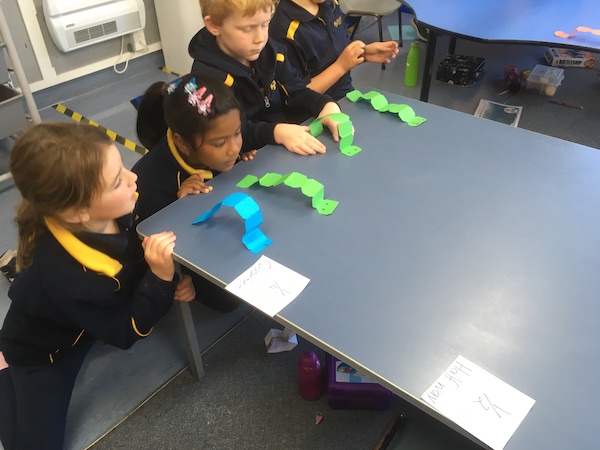 Another activity that the students participated in was making pizzas. The students choose their type of pizza such as a half, quarter, a third, or a whole. Then they garnished their pizza with slices of cheese, meat and vegetables, while keeping within the slices of their pizza. This activity helped them with their understanding about equal portions and how many slices they had to share. 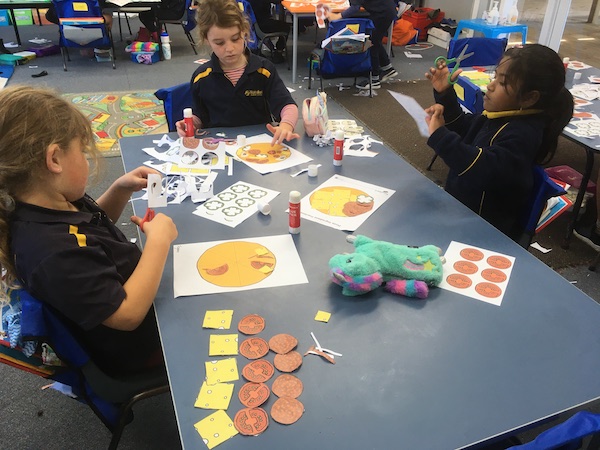 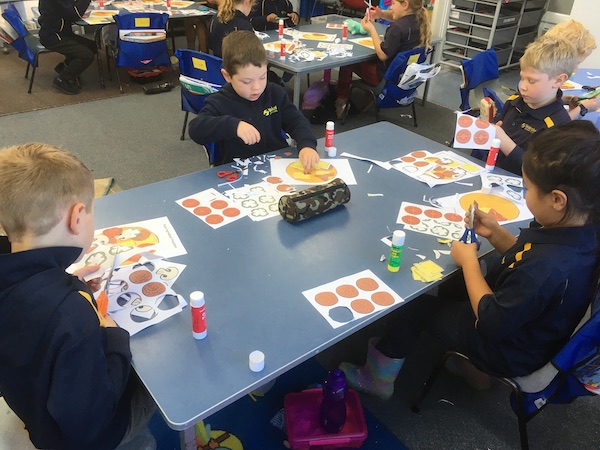 Jack - I chose a pizza that has 4 quarters. I cut the toppings into halves and placed them on each slice of pizza. I can share my pizza with four people.

Jackson - My pizza is very yummy and creative because I put all the toppings all over it. My pizza is 1 whole pizza and I could cut it up into eighths. I have four people in my family and they would get two pieces each to eat.

Cassey - My pizza is cut up into eighths and I can share it with eight people. I put the different toppings on each slice and then I added a pattern to the pizza.