Room 11’s inquiry ‘Moving Our Learning’ focus related to plants and the way in which they moved.

They told me about experiments they had conducted involving the way plants move toward light. We ended up in a casual discussion about pine cones and what their purpose was. After some debate and a bit of research, we agreed that the pine cone’s role was seed production. The following day, I brought a large bucket of pine cones to school and the students spent some time researching the different parts of the cones and extracting seeds from them. Some students tried to break their pinecone apart and found it surprisingly difficult to do.

No matter how hard I smash it, it won’t break.

Declan and Te Omeka show off some of the seeds they found inside the pine cones. Notice the ‘wings’ attached to the seeds.

At this point, I thought our experimentation would lean towards seed dispersal and observing the way the seeds ‘flew’ in varying situations. However, the discussion moved to the way pine cone scales open and close. We did some reading on this from the internet  and found out that pinecones open and close to disperse or protect their seeds respectively. Amongst the students there were two main avenues of thought on how and why this happens.

Pine cones close up when they get wet and close when they’re dry.”

I’m pretty sure that’s not right. We have a pine tree and I’m sure they stay open in the rain. I think they are only closed when they’re on the tree.

After some conversation about how we could test the theory that pine cones close when wet, we decided that we would locate three pine cones that had the majority of their scales open. The students then immersed one in water, ran one under the cold tap for 30 seconds and kept one as a control. We labeled each pine cone and left them overnight. 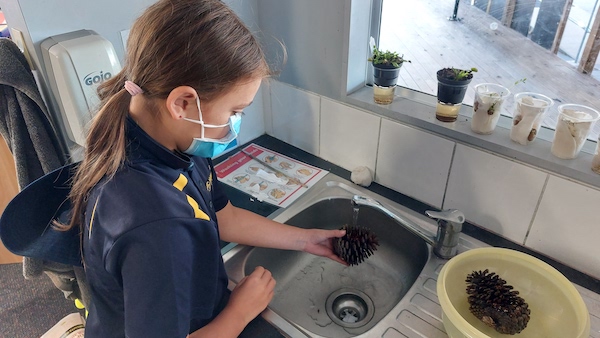 Dali holds one of the pine cones under the cold tap for 30 seconds.

Danika immerses one of the pine cones in a bowl of water. 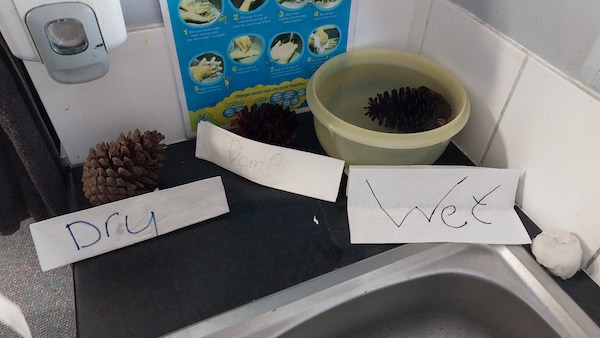 The wet, damp and control pine cones used in our experiment.

With my support, the students used the Scientific Method to write up the beginnings of their experiment. This wasn’t their first experience with the method, so they were already quite familiar with the process and the vocabulary. The Scientific Method we used is a way for students to learn about the concept of ‘fair testing’. Fair testing enables scientists to find relationships between variables; in this case, water content. The students began by recording their question - How does water affect the way pine cones open and close? - and their hypothesis (scientific prediction) on what would happen to the pine cones. 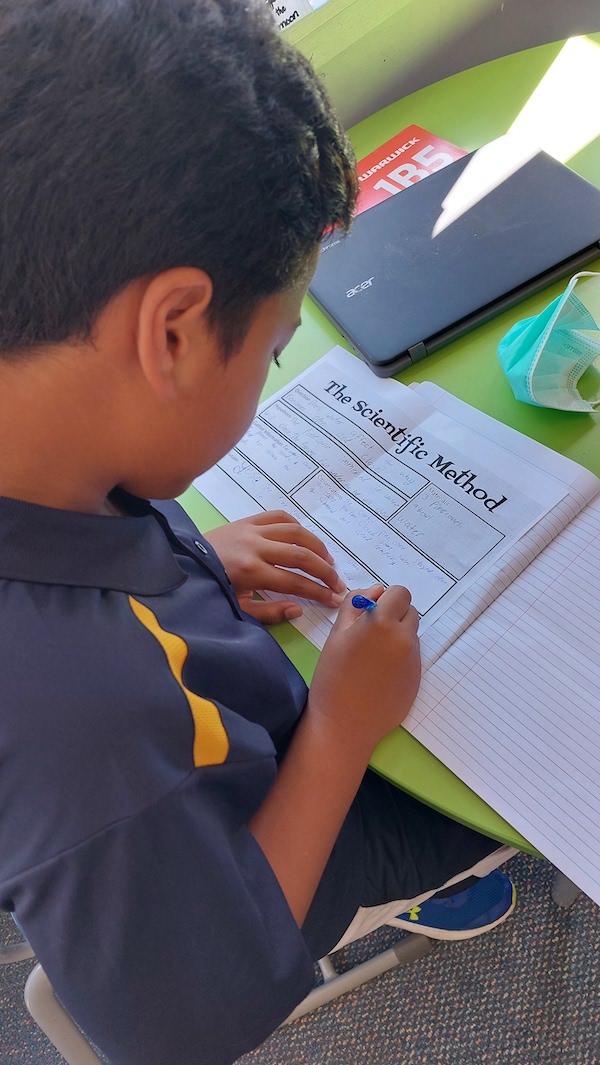 The Scientific Method in action.

It was exciting to see the results the following morning. The soaking pine cone had closed completely, the pine cone that was put under running water was partially closed, and the control remained open. Reflecting on our debate the day before, this was a fantastic way for students to see the power of scientific experimentation. We completed a fair test and could not argue with the facts. Water does indeed affect the way pine cones open and close their scales. 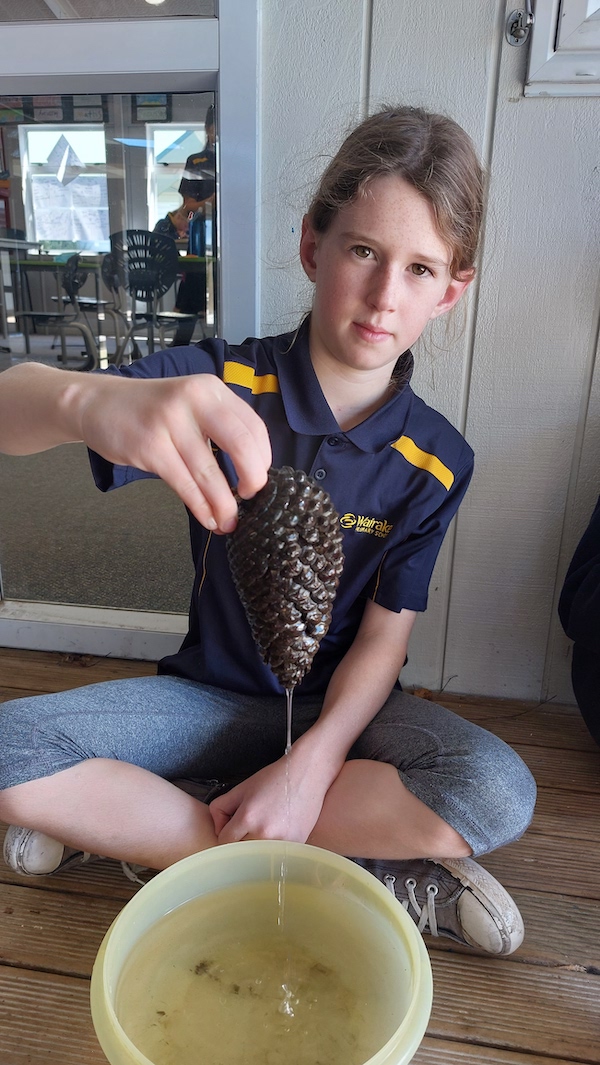 Emma holds up the pine cone immersed in water overnight. 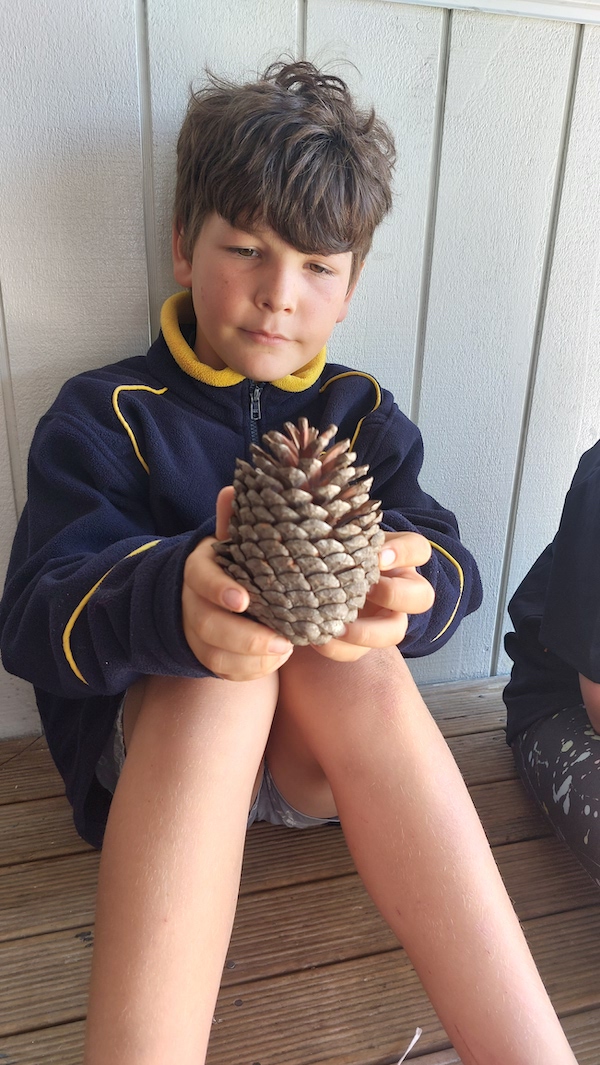 Josef holds up the pine cone that was held under the tap for 30 seconds. 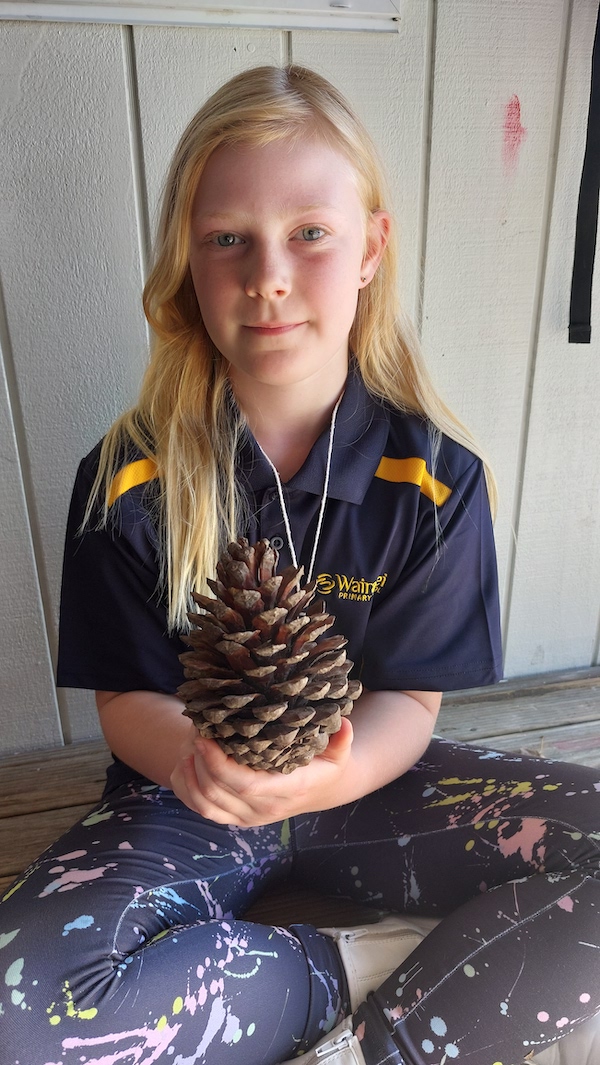 After recording their observations and conclusions, a question then came up about cold weather and what effect that might have on the pine cone scales. Back to the Scientific Method we went. After again recording our question and differing hypotheses, one pine cone went into the freezer overnight, one into the fridge and one was left out as a control. We were all surprised to find no change to any of the pine cones in the morning, but Declan observed a marked change in the strength of the pine cones.

I just broke the cold pine cone by twisting it. I couldn’t break the one I had the other day and I was smashing it, but this one broke really easily. What’s up with that?

The freezing temperature seemed to have affected the integrity of the pinecone making it very easy to break. This discovery and curiosity demonstrates the natural progression of scientific investigations. While experiments such as the ones we conducted help to answer questions, they regularly spark new ones. The students are beginning to realise that the Scientific Method should be seen as cyclic, not linear. 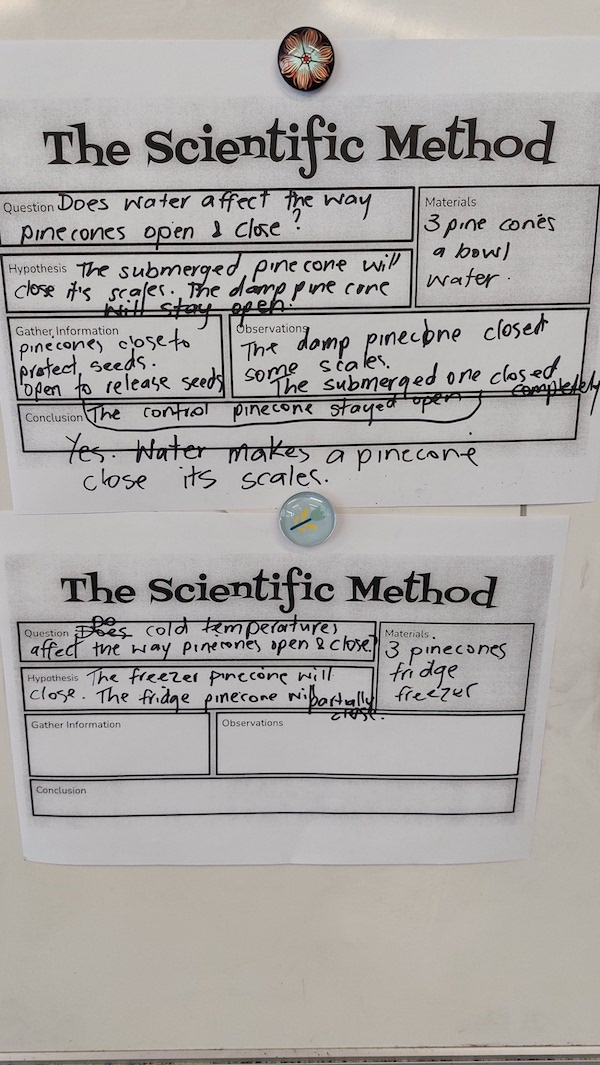 We know that students learn best when learning is authentic, engaging, interactive and led by their own curiosities. Science as a curriculum area lends itself very easily to these ideas. The New Zealand Curriculum (20014) states Science is a way of investigating, understanding, and explaining our natural, physical world and the wider universe. It involves generating and testing ideas, gathering evidence – including by making observations, carrying out investigations and modelling, and communicating and debating with others – in order to develop scientific knowledge, understanding, and explanations.”

Room 11 students developed skills and knowledge in all of the above ways, in an investigation led primarily by them, using a topic they all knew something about. 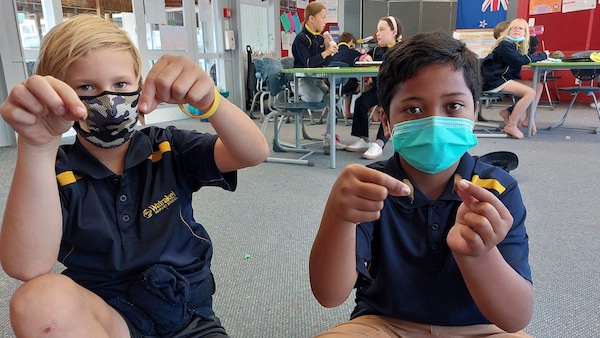