They performed a play called “Te Kuia me te Pūngāwerewere” which is about a kuia and a spider who had been living together and always argued about who was the best at a number of different activities. One day they were magically transported to Spider World where Pūpai had to complete a mission to save Spider World from the humans with the help of Kui and Pēpeke a grasshopper. Pūpai’s brother Pūkino tries to steal all the secrets for himself but was outsmarted by Kui, Pūpai and Pēpeke.

Kui, Pūpai and Pēpeke eventually get home to their world and everything is back to the way it was. 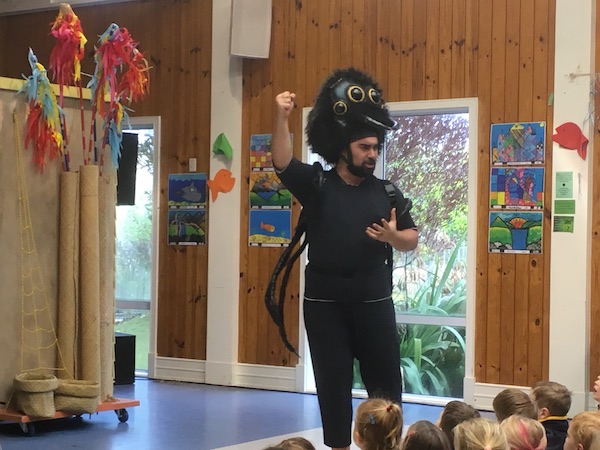 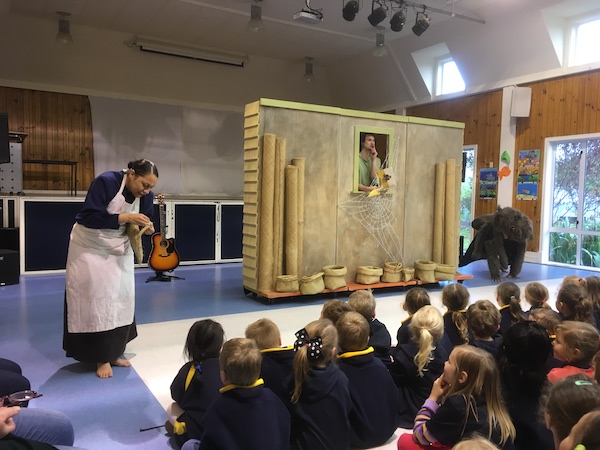 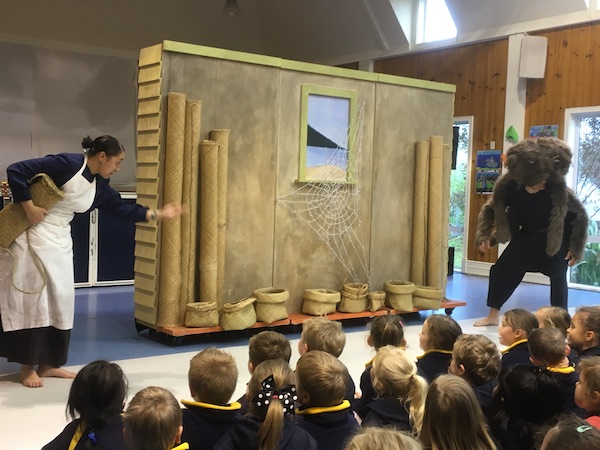 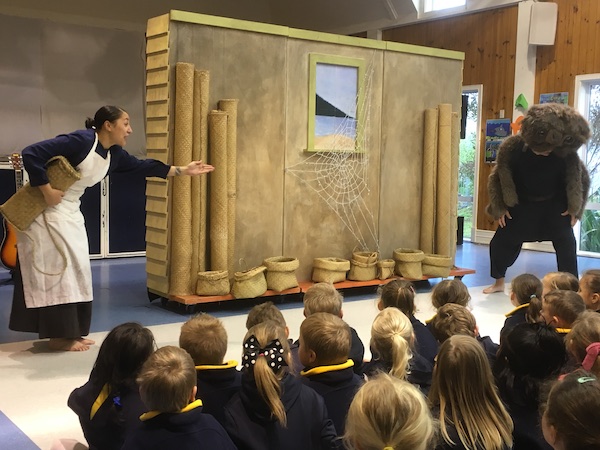 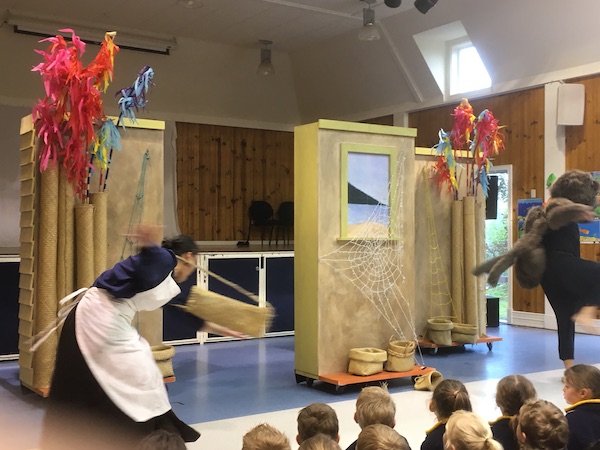 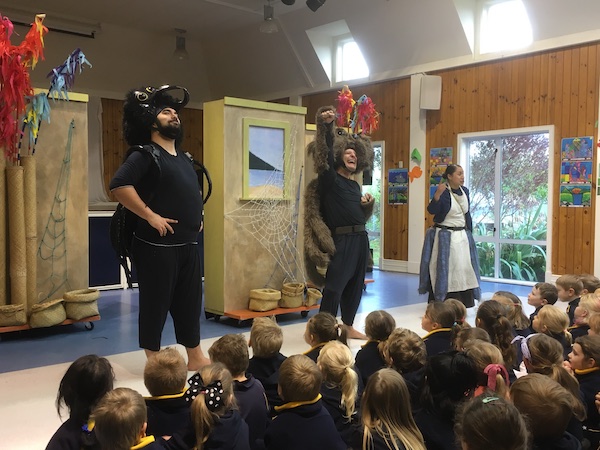 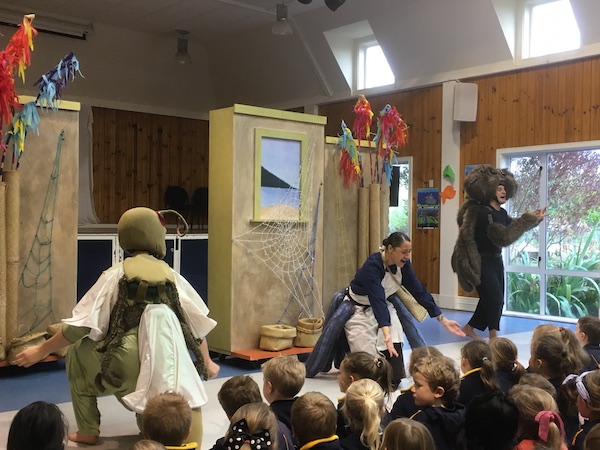 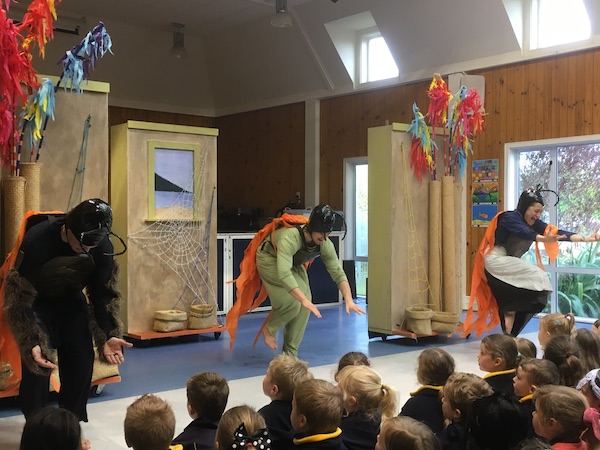 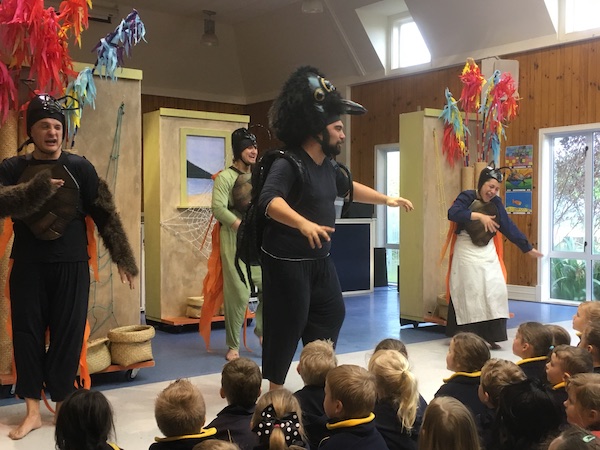 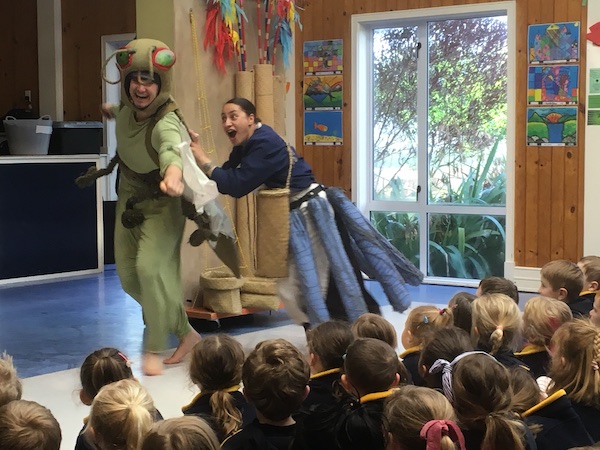 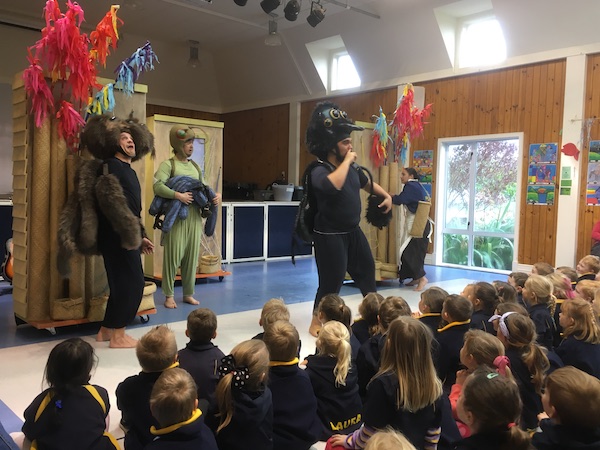 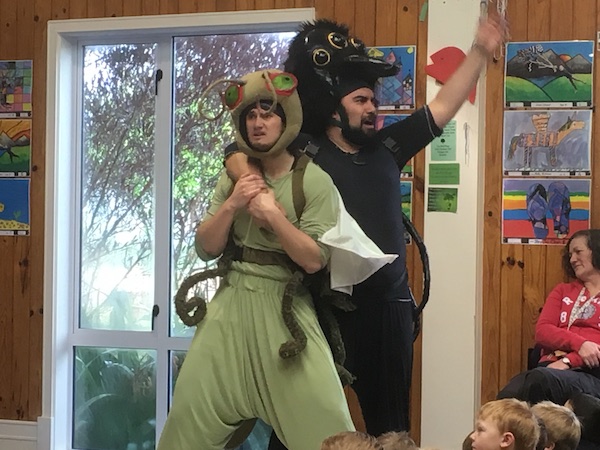 I enjoyed the play because the performers were funny and they made me laugh.

Mason: I like the part where the black spider was chasing the other spider, grasshopper and the kuia. I was scared when the pungawerewere (spider) was having a weaving contest with the kuia.

Credynse: I liked the grasshopper, brown spider and the katipo chasing one another because they were doing it to a funny song. The katipo was also singing a bad song and it scared the grasshopper and pungawerewere.

Dali: I thought it was funny because the black spider kept on moving and the other spider could not see him hiding behind the props. 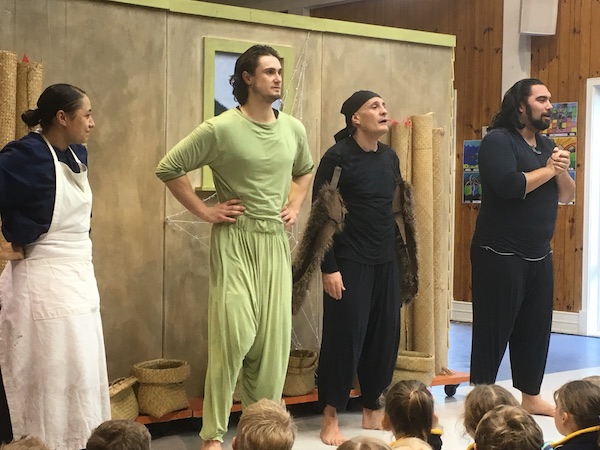