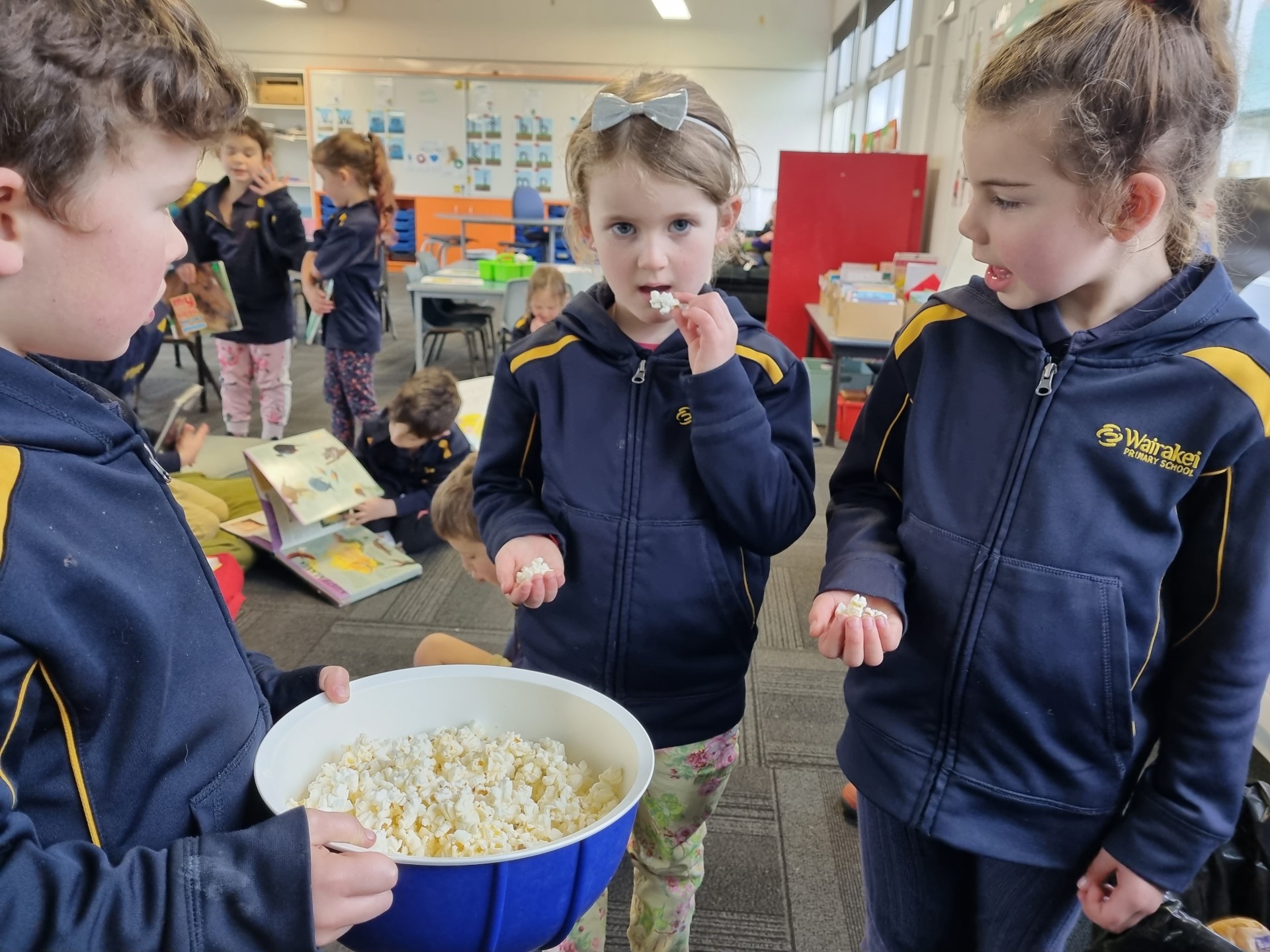 Over a series of lessons students explored using senses to describe various items of food. Using what we see is the most common sense we use in our writing. The results were interesting and sometimes funny.

Students were asked to expand on  the sight sense and think about what something smelt like, sounded like, felt like and tasted like. Over a series of lessons, we explored the tastes of sour, salty, sweet and bitter using lemons, popcorn, Smarties and a sip of cold coffee.

Students  were given an item and asked how they would describe how it looked without using its name.  As expected the students were good at this and used shape and colour to help with their descriptions.

They talked with an ‘elbow partner,’  the person sitting next to them, about how to describe the item that day. 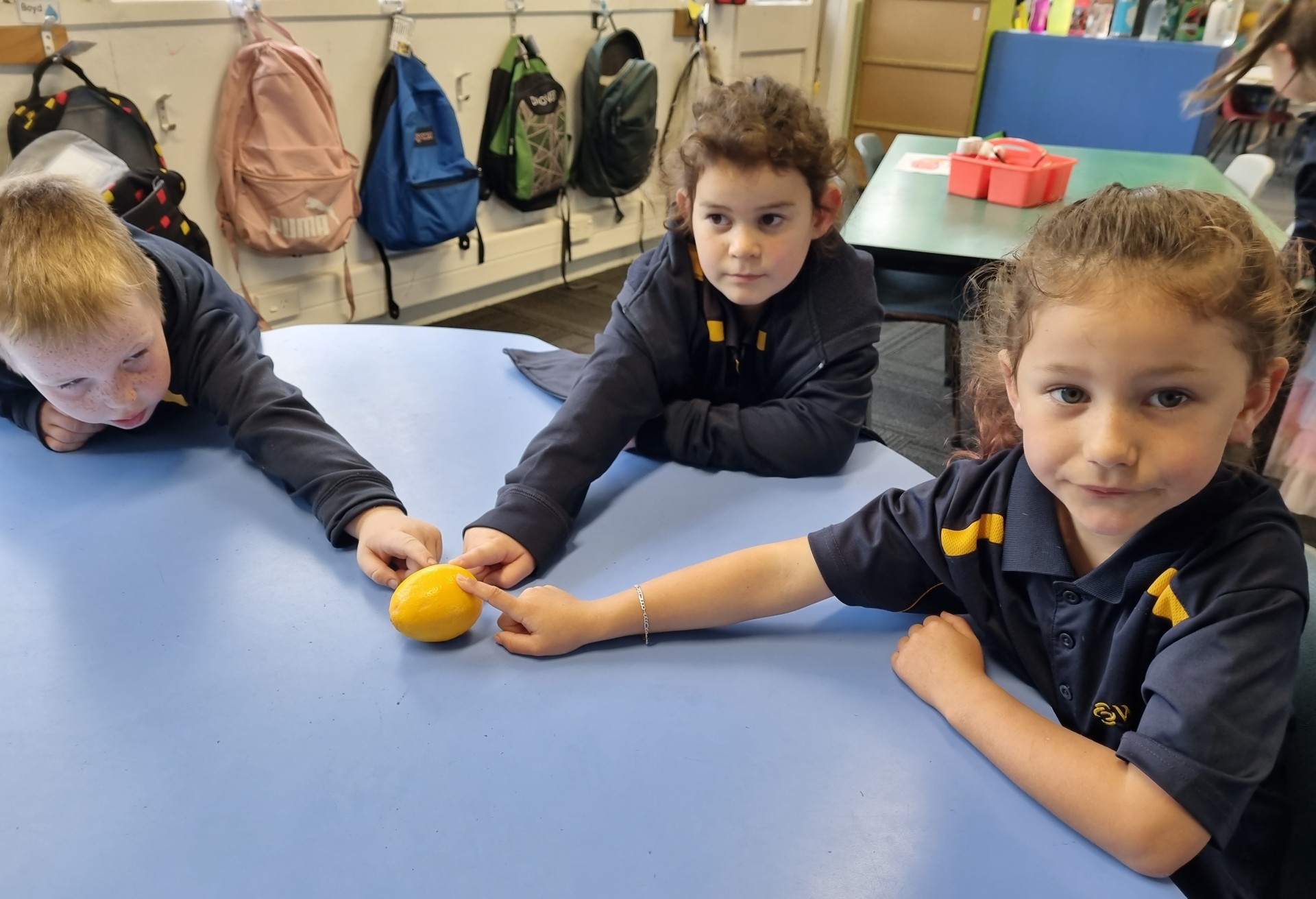 When using  other senses, it became more challenging for students to explain what a food smelt like without simply stating, ‘it smells like a lemon.’ They had to compare it to something else they had smelt.  Students related smell to taste and would say, ‘the lemon smelt sour’ because they were familiar with the taste. Others compared the lemon to other citrus fruits they were familiar with. 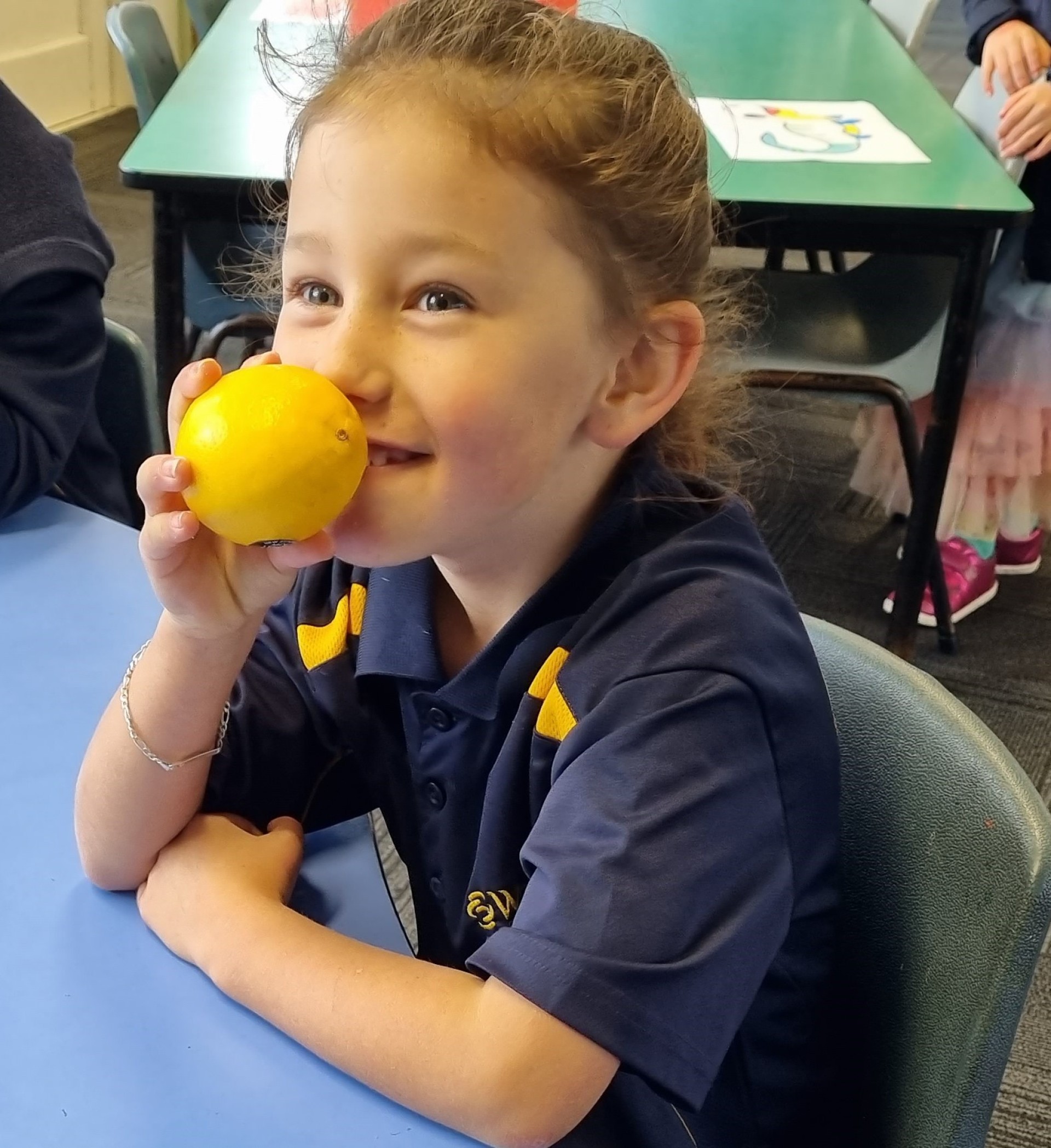 Food typically doesn’t make sounds.  Students  were able to relate to cooking popcorn and listened to it popping. We also shook a  snack box of Smarties and listened to the sound they made. 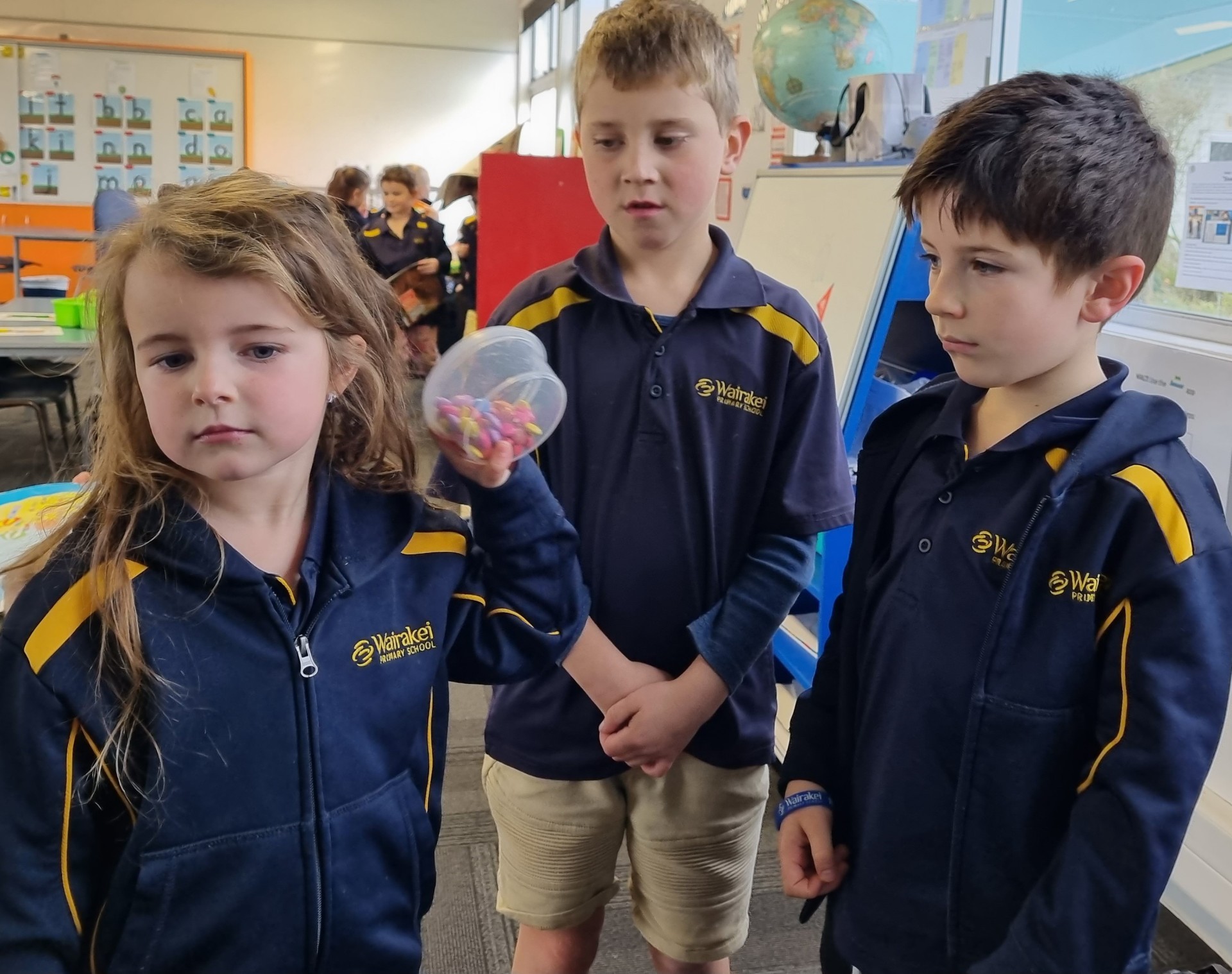 When trying to describe what something felt like it was obvious that some students struggled to find words to describe textures such as  smooth, rough, fluffy, and dimpled.  This led to a secondary lesson where  a variety of items to  given to the class and they explored the textures and thought about words to describe them.

The students were enthusiastic about tasting the foods and again it was a challenge for them not to simply write, it tastes like a lemon.  Instead they had to think of something to compare it too or recognise whether it was sour, salty, sweet or bitter. 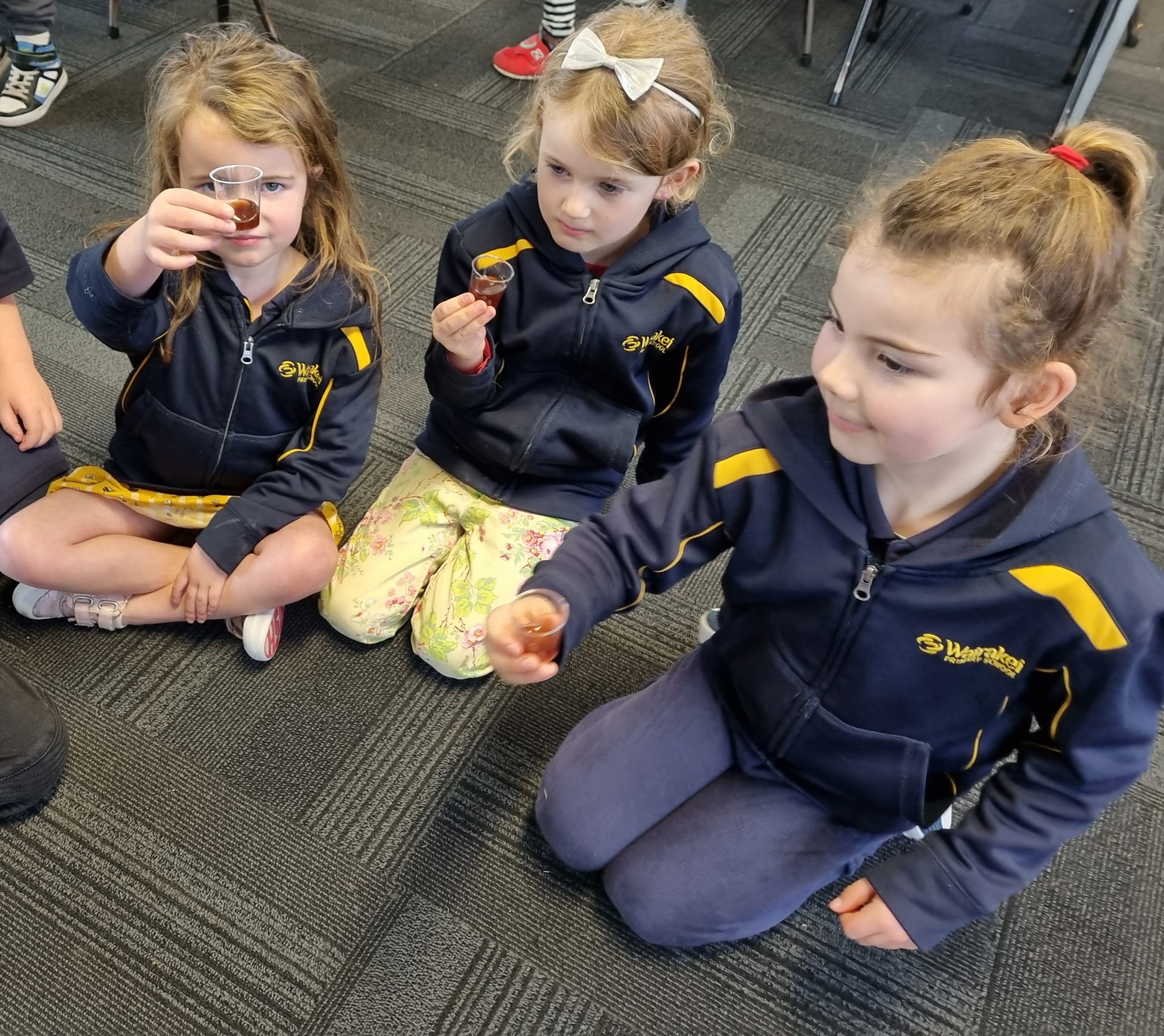