Room 10 is learning to explore everyday examples of physical phenomena, such as movement, forces, electricity, and magnetism, light, sound, waves and heat.

We learnt that energy moves an object with force. Sound occurs when an object is vibrated by a force.  When sound vibrates it causes a chain reaction and creates sound waves. The first experiment the students performed was to see vibration by sprinkling “hundreds and thousands'' on a container covered with plastic wrap. When the children made a noise with their voice this caused the “hundreds and thousands” to vibrate and jump up and down.

Then the students made string telephonesto see whether it was true that you could hear what someone said when they talked into a plastic cup attached to a string. When the students made their telephones they tested them by lengthening the string or shortening the string. What happened next was very interesting.  They found out that they were able to hear their buddy better with a long string rather than a short string. They found out that when you talk into the cup your voice vibrates the cup and this caused the string to vibrate. Our ears then collect the sound and send it to the brain, then we hear the sound. 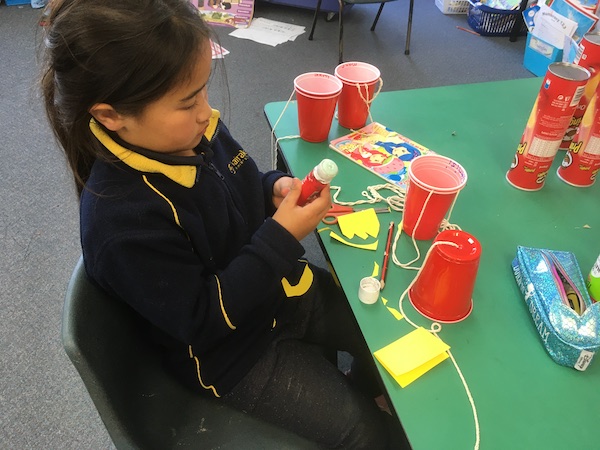 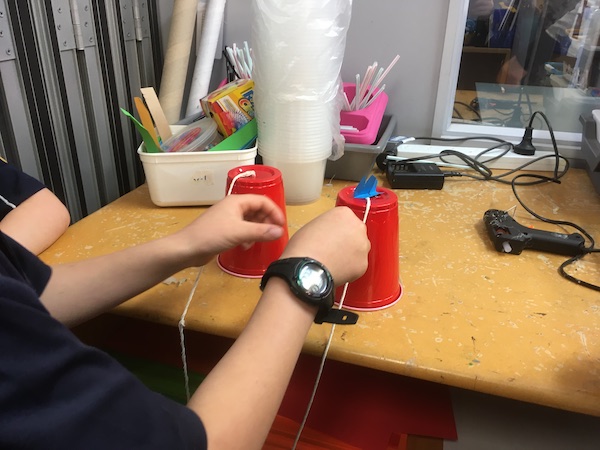 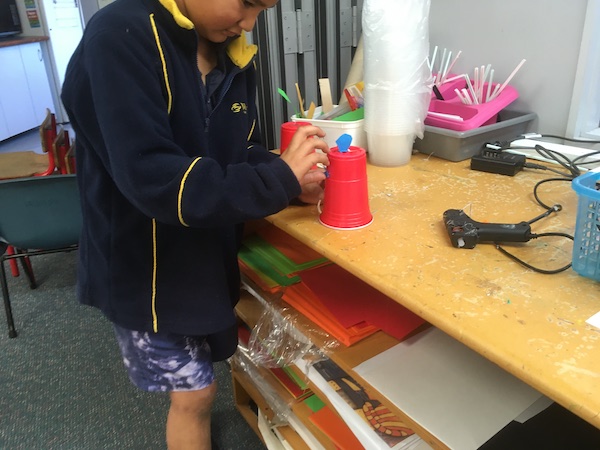 Next, students filled jarswith water to create sound. The students wondered why they were able to make music with these jars. So we talked about pitch and how our ears will order sound based on the frequency (vibration per second). Each of the bottles will have a different pitch when hit with the pencil. The bottle with the most water will have the lowest pitch while the bottle with the least water will have the highest pitch. 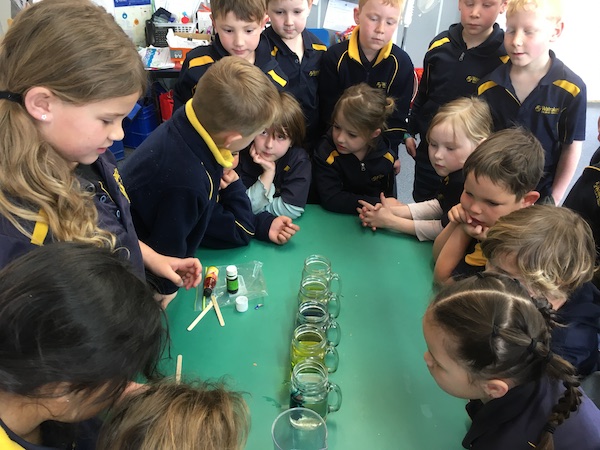 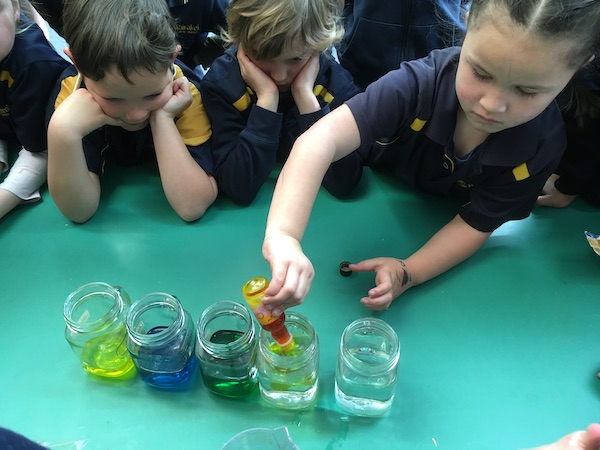 One other experiment that the children performed was called “Sound Gun” and this was about seeing sound waves.  The students put a hole in one end of a container. Then they would pat the other end with their hand and try to blow the candle out.  The flame was blown over because the sound waves reached the end of the tube and forced the air out of the hole which made the flame move.

Aidan: I learnt that when you bang the sound gun lid it makes sound waves and it forces the air out of the hole which blows the candle out.

Tegan: I learnt that when you talk in the cup the vibration goes down the string and makes sound waves.