We have created a Treaty

Creating a class treaty in Room 13 is to support a happy and safe learning environment for children and teachers.

It encompasses P.O.W.E.R values by using Pride, Opportunity, Whanau, Excellence and Respect within the class rules and responsibilities section and it reminds students of their promises that they have made to one another in the classroom. 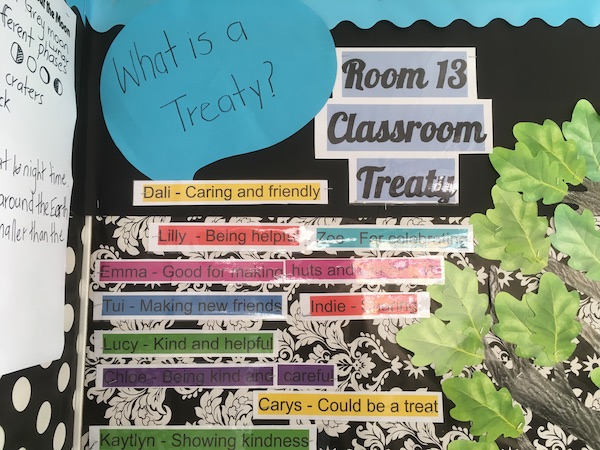 We also made connections to the importance and history of the Treaty of Waitangi.

A brief history of how the Treaty came about was given to the children with an explanation about how the British Crown and the Maori Chiefs made promises to one another. The signing of the Treaty of Waitangi was re-enacted by two of Room 13 boys who were pretending to be Lieutenant Governor William Hobson and a Maori Chief.

Our treaty display shows the process we went through to develop our understanding about a treaty.  First, we read a story called the “Tree hut Treaty” by 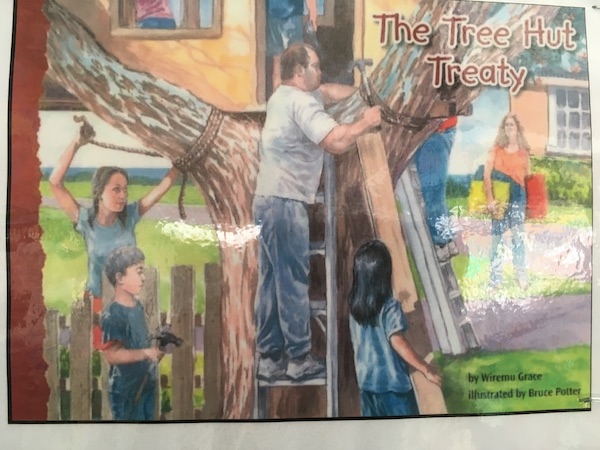 and then we discussed what the problem was 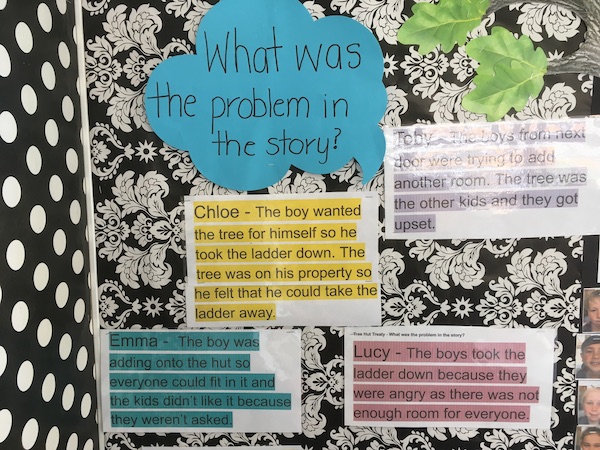 and also how it was resolved. 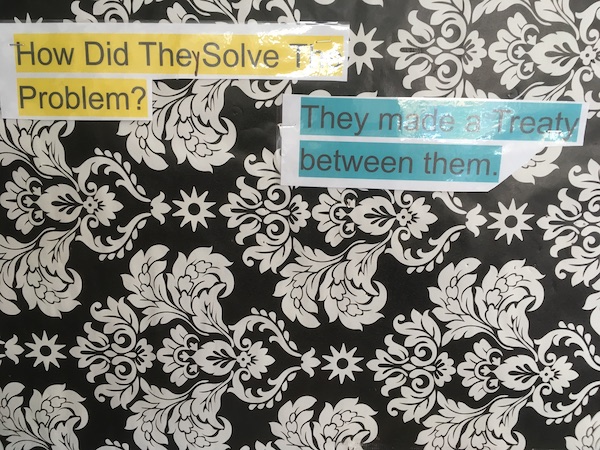 It worked out that it was resolved by creating a Treaty between the children in the neighbourhood.

This is a great way to integrate the history of the Treaty of Waitangi and for the class to set up their own Treat using the P.O.W.E.R. values. 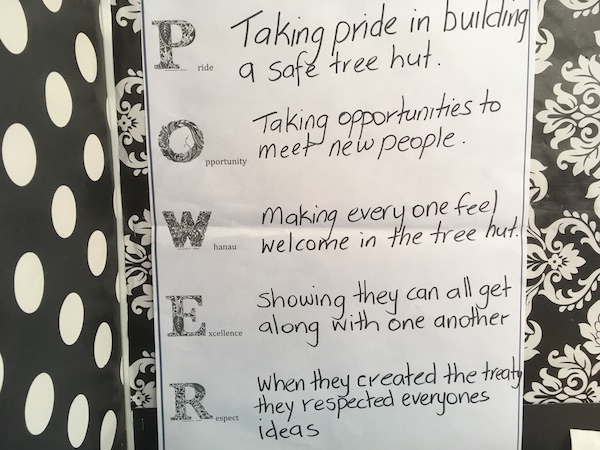 Emma: The treaty was cool because we all had ideas about it and they were good ideas and we were able to make them into a class treaty. We have blue the bird in our tree hunt.

Tui:  In the Tree Hut treaty the children were fighting about the tree hut so one of the boys took the ladder down so no one could go in it. They finally solved the problem by making a plan and a treat which they all signed.

Josef: I enjoyed reading the story and finding out about the Treaty of Waitangi because they shook hands and made promises together.

Our class rules were made from our POWER words and they remind us of our promises we made with each other. 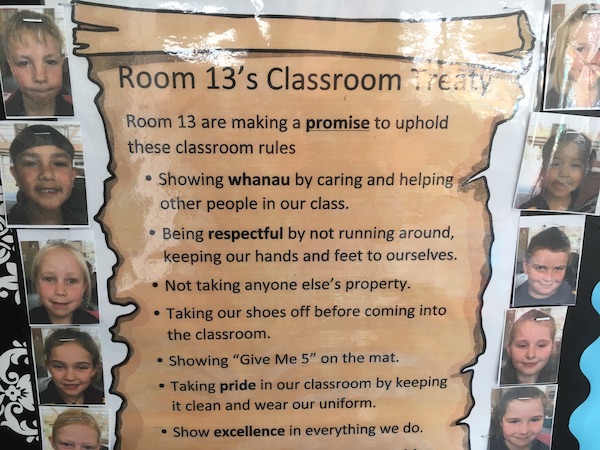